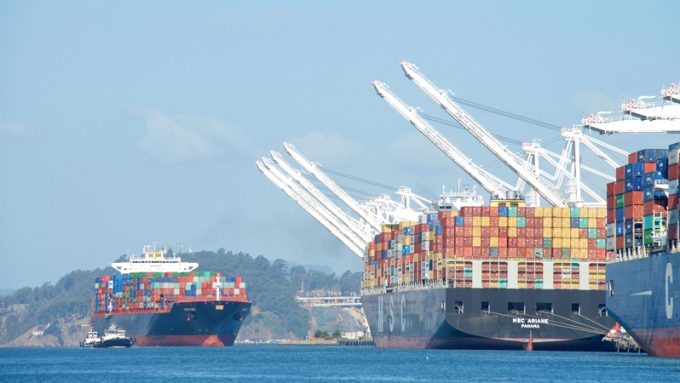 The US Senate yesterday passed the Ocean Shipping Reform Act 22 (OSRA 22) and will now seek to agree a final version of the bill with the House of Representatives before President Biden signs the legislation into law.

Beneficial cargo owners and non-vessel operators at US terminals have vociferously raised issues that have hobbled supply chains, which the OSRA 22 seeks to address, but with contract negotiations between the unions and terminal operators due to start on 12 May, more disruption could be on the way.

“We’re optimistic about negotiations and looking forward to sitting down with the employers. The union and the employers sat down early on in the pandemic and negotiated pandemic protocols that allowed the cargo to keep moving. We are proud of the ILWU’s record-breaking results in the most difficult of times, and we believe we will get a fair agreement that protects the safety and wellbeing of these incredible workers.”

The global pandemic has provided the backdrop to the increasing dysfunction of supply chains and for dockers in negotiating a new contract. But while union representatives are optimistic about contract negotiations the shipping lines views on the developing legislation has not matched that optimism, with the carriers believing they are being blamed for supply chain issues that are not of their making.

As a result, shipping lines have railed against OSRA 22, claiming the legislation will “up-end” the global system for shipping cargo and see a worsening of the services offered to US importers and exporters.

John Butler, president and CEO of the World Shipping Council (WSC), said: “It is disappointing that unfounded allegations are being levied against an industry moving more cargo now than at any time in history in order to meet the unprecedented demand for imported goods during the pandemic.”

Nevertheless, the allegations from carrier customers keep on coming, the latest coming Foreign Tire Sales, which has filed a complaint with the Federal Maritime Commission (FMC) alleging that Evergreen has not met its contractual obligations to provide space on its vessels. In another, Royal White Cement alleges CMA CGM refused to take a booking and provide equipment for exports.

These two complaints, essentially for denial of service, make up the bulk of those levelled against carriers, along with the long-running and controversial issue of detention and demurrage (D&D) charges.

OSRA 2022 will require shipping lines and marine terminal operators to show that D&D charges are “fair and reasonable”, and the FMC will be given greater powers of oversight into what is a critical industry for US trade.

Meanwhile, shippers’ representatives have lauded the new legislation, the National Industrial Transportation League (NITL) saying it will bring shipping regulation into line with the major changes that have occurred in the industry.

The NITL argues that its members have continued to suffer delays and business interruptions, leading to increased costs and deteriorating service levels.

“We strongly support the Senate’s bi-partisan leadership in modernising the Shipping Act to help address present day challenges. This commitment, combined with continued support of the White House and the House of Representatives, is a crucial step toward addressing systemic issues contributing to the challenges at US seaports and unprecedented disruption to the ocean shipping network.” it said.

Agricultural businesses have led complaints regarding the failure of vessel operators to supply equipment and offer a service, with concerns that failed exports will mean foreign competitors will fill the gaps according to the Agriculture Transportation Coalition (AgTC).

“A survey recently conducted by the AgTC found that, on average, 22% of US agriculture foreign sales could not be completed due to ocean shipping disruption, costs and carrier practices, which severely limit export shipments and impose charges already declared unreasonable by the Federal Maritime Commission,” said the AgTC.

This major revision to US shipping law, the like of which has not been seen since 1998, will, the WSC says: “Reduce the service to US importers and exporters and raise costs for American consumers and businesses.”

Shippers, on the other hand, believe the revision of OSRA 22, is “essential for US importers, exporters, and consumers affected by the broken ocean shipping supply chain”.