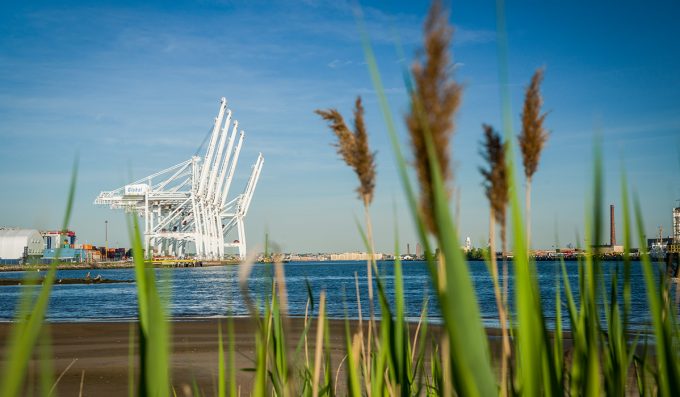 The leader of the International Longshoreman’s Association (ILA), the labour union that represents the 65,000 dockworkers on the east and Gulf coasts of the US, says another sustained row between employers and employees may be on the way in advance of a new round of master contract negotiations.

In a letter to members yesterday, ILA president Harold Daggett says informal talks between union leaders and the US Maritime Alliance (USMX), which represents the container terminal operators and shipping lines that collectively sign the master contract, are set to begin on 13 February.

The current six-year agreement will expire in September 2018, “giving us 20 months to negotiate a new master contract at Atlantic and Gulf Coast ports or extend the current agreement”, Mr Daggett says.

However, he fired a warning shot across the bows of ports and terminals looking to invest in greater automation as a way of increasing productivity and reducing the congestion that periodically cripples container supply chains, especially at the major east coast gateways.

“I predict the issue of automation will dominate our contract talks,” he wrote, adding that he would not allow his members to be subject to the same forces that hit the steel industry.

Mr Daggett quoted a New York Times article which claims 400,000 jobs were lost in the US steel industry between 1962 and 2005, primarily as a result of automation rather than outsourcing to China.

“The ILA will not allow automation to rip apart our livelihoods and destroy our jobs and families. Right from the outset, the ILA intends to let management know that we are totally opposed to fully automated terminals.

“I announced this position this past summer at the 7th Annual International Dockers’ Council Convention in Miami and at recent meetings of my ILA Local 1804-1, where we welcomed a number of officers from the International Longshore and Warehouse Union. Their president, Bob McEllrath, and I both know that fully automated terminals spell the end of longshoring jobs, no questions asked,” he said.

The stance echoes the contentious ILA position adopted during the fractious 2012 negotiations between the two sides, which sailed perilously close to a labour action. The previous contract had to be extended twice, beyond 2012, as talks repeatedly broke down over issues including automation and ultimately required the help of the Federal Mediation and Conciliation Service to bring the two sides to a deal.

However, in the intervening four years, there have been several semi-automated terminal developments in the US, the most recent being OOCL’s new facility in Long Beach and by Global Container Terminals at Bayonne, in the port of New York & New Jersey.

Indeed, it was fears, many mired in confusion, over the Bayonne project – in its initial stages during the last round of ILA-USMX talks – that sparked a great deal of union consternation at the time.

That would appear to be have been alleviated since, according to Mr Daggett’s latest comments.

“The ILA has no problem with semi-automated terminals – we know that we cannot stop progress, and many forms of new technology help our workers do their jobs more efficiently and more safely, but without the threat of job elimination. We will continue to press for training and retraining for our ILA members,” he wrote.

However, his stance has come in for considerable criticism from industry observers.

Lars Jensen, partner at SeaIntelligence Consulting, responded in a LinkedIn blog this morning: “Have [sic] the union learned nothing from the past 200 years of history? The Luddites’ fight against the first industrial revolution was doomed to fail for the textile workers, just as the modern-day luddites’ fight against the fourth industrial revolution will ultimately fail. It is not a matter of ‘if’ but only a matter of ‘when’.

He added: “Fighting the tide might seem heroic, even attract support from worried workers, but is ultimately not in the same workers’ interests as that removes focus from the challenge that will truly help those same workers: helping to re-school to new jobs where possible, and helping to generate a safety net for those who are more unfortunate.”

The trouble is, as discussed by WorldCargo News editor Paul Avery in this recent podcast on The Loadstar, there appear few alternatives to automation if ports are to ramp up productivity levels to deal with ever-increasing container volumes.

The port of Montreal appears to be on course for another flare-up in the confrontation ...

Shippers are beginning to make alternative routing arrangements in the event of a renewed strike ...

Serious industrial action at port of Melbourne on the way, VICT warns

Industrial action looks set to return to the port of Melbourne after the Maritime Union of ...

Federal Maritime Commissioners Carl Bentzel (pictured above) and Daniel Maffei have written to US president ...