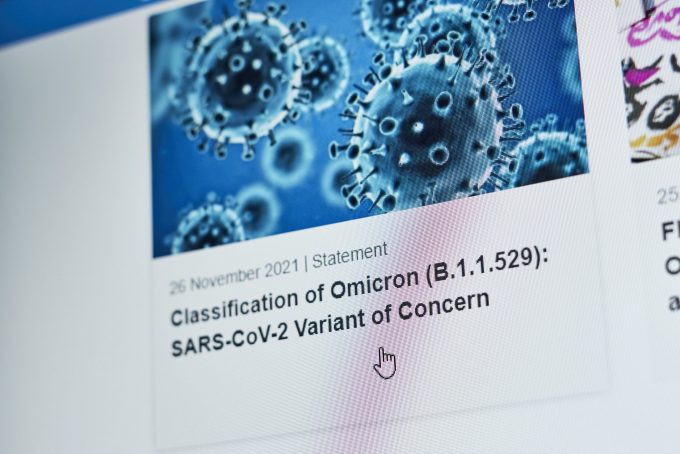 As some countries move to reintroduce border restrictions for transport workers – a repeat of last year’s measures which contributed to the supply chain crisis – the World Health Organisation (WHO) and International Labour Organisation (ILO) are forming an emergency Action Group to protect the free movement of transport workers.

After designation of Omicron as a ‘variant of concern’ by the WHO, 56 nations have responded by tightening their entry restrictions – despite agreements made in September to guarantee the free and safe movement of transport workers.

Representatives of the air, truck and ship transport sectors have called on states to coordinate measures to allow transport workers to move freely and guarantee the flow of trade.

“Seafarers have made enormous personal sacrifice over the past two years,” ICS secretary general Guy Platten told The Loadstar. “While admirable, it has put enormous pressure on them as individuals, their families at home and on the global supply chain.

“As the Omicron variant threatens the global south, a part of the world that supplies nearly half the seafarer workforce, it is critical that governments prioritise seafarers for vaccinations and boosters and that they do not close their borders to transport workers.

The various parties to this week’s crisis talks also called for priority access to healthcare and vaccinations for workers on the WHO-approved list.

“The restrictions, and lack of access to the vaccine, have certainly contributed to the supply chain woes,” Mr Platten said. “Voyages are made longer due to ever-changing testing and quarantine rules imposed by governments, and the tightening or closing of borders – we know of at least 56 countries that have tightened their travel restrictions since Omicron emerged.”

The ICS said understaffing issues had continued throughout the pandemic with seafarers unable to join vessels.

“We are concerned long-term that seafarers will be put-off working in our industry due to the difficulties they have faced and the treatment they have received by governments failing to recognise their key worker status,” added Mr Platten.

Seafarers and owners have found ways to work around travel restrictions and keep global supply chains running, for the time-being. However, Mr Platten pointed out, this has come at great personal cost to, and sacrifice from, seafarers and was not sustainable.

“We cannot let this situation become the new normal. We know how to end the pandemic – total global immunity. Co-ordinated action must be taken by world leaders to exempt transport workers from travel restrictions and prioritise them for vaccination and boosters. We do not want to see a return to the peak of the crew change crisis,” added Mr Platten.