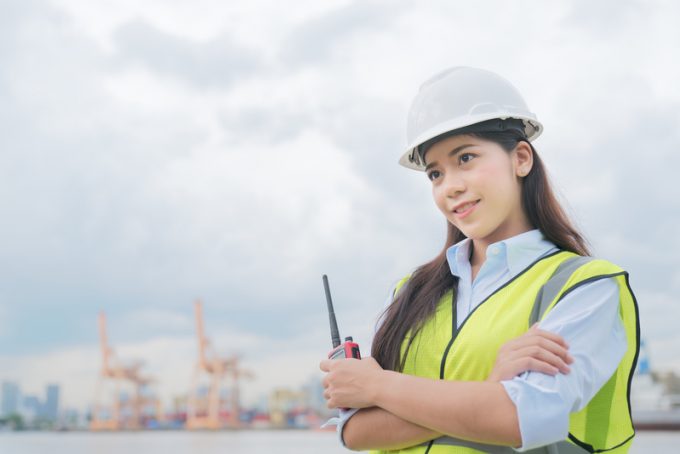 UK ports have released their gender pay gap details, and for some – Felixstowe and London Gateway – the differential between the wage levels of men and women has almost vanished, but there is still work required by many.

Hutchison’s Port of Felixstowe came out on top among UK container terminals, with the Suffolk gateway recording just a 2.5% (mean) and a 1% (median) gap between the genders.

However, despite a stronger showing on the equality front, very few of the ports employees are female – around 5% in total.

Managing director of HR Consulting at Spinnaker Karen Waltham told The Loadstar one thing that came out of the results was logistics appeared “no worse” than other industries.

“A lot of industries are in the same shape, despite having been ahead in terms of taking action on the issues,” said Ms Waltham.

“This means the logistics sector can take lessons and learn from what the others have done – it means it can keep up with others.”

At the other end of the table to Felixstowe was Peel Ports’ Liverpool Port, which reported a mean and median gender pay gap of 20% and 25.5%, respectively.

Interestingly, Liverpool alongside Dover – the second worse performing with a mean gap of 16.8% and 22.7% – also boasted the highest number of female employees.

In terms of low-paid workers, 56% at Dover were female, with that number 23.8% at Liverpool; Dover also had the second highest percentage of top-paid female employees.

Nonetheless, Dover Harbour Board told The Loadstar that the overwhelmingly male composition of staff was a major factor in its wage differential.

“The pay gaps identified are a reflection of the demographics of Dover Harbour Board and the overall under-representation of women in specialist professional roles, which attract a higher salary within the organisation. This is also very much reflective of the lack of females generally in both the marine/port and engineering industries.

“We are addressing this issue by “growing” our own talent through apprenticeships, bursaries and graduate placements, as well as working with schools, colleges and universities to encourage women into these traditionally male-dominated occupations.

“In addition, we ensure that all of our policies, practices and processes are fair and free from bias, with recruitment practices aimed at attracting and retaining the best person for the job regardless of gender,” it said.

A spokesperson for Port of Tilbury – which scored third best with an 18.6% mean and 11.9% median gap – told The Loadstar that its owner Forth Ports had implemented actions over the past nine years to redress the balance.

“This results in a higher mean and median gap in the Port of Tilbury, and where females are employed in unionised areas there is 0% gender pay gap.”

HR Consulting’s compensation and benefits consultant Sarah Hutley explained what this meant in practical terms for firms looking to address the pay gap: “Had there been an extreme between the mean and median results it would suggest that the higher earners were skewing the results.

“But when the mean and median difference is close, it suggests the extremes had little effect on the overall results,” she said.

A full breakdown can be found here.

This is where the economic fallout from the pandemic starts to get particularly messy: port ...

Planners have denied permission to use 67 hectares of land for port-related activities at Felixstowe. East ...

Firms can be better: there can be more gender diversity in logistics

When you ask logistics companies why they have so few senior (or even junior) female staff, ...

Dover aims for business as usual after Brexit, but no-deal will hit trade, Tories told

A no-deal Brexit could result in a decline in trade through the port of Dover ...