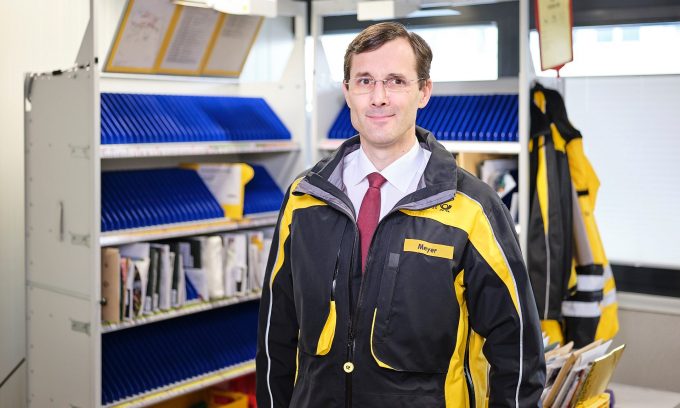 Dr Appel’s contract was due to expire next year, but the supervisory board today said he would now step down at the 2023 annual general meeting.

Chairman Nikolaus von Bomhard said: “Frank Appel’s performance during more than 13 years at the top of DPDHL Group has been outstanding.”

Mr Meyer, currently CEO of DPDHL Post & Parcel Germany, will take over responsibility for Corporate Function Global Business Services in July next year, and become group CEO in May 2023.

Mr Meyer joined the company in 2013 and has held a wide variety of positions including head of corporate development, chief operations officer at DHL Global Forwarding, and head of operations and IT at Post & Parcel Germany.

He has been CEO of Post & Parcel Germany and a member of the group management board since March 2019.

“In Tobias Meyer we have a recognised expert of the company taking over as DPDHL Group CEO,” Dr von Bomhard said. “He is the ideal choice to continue the very successful path the company has charted.

“We thank Frank Appel for his support to assure this seamless transition. He made the company into a leading global logistics powerhouse that connects people and markets, thereby enabling global trade. Under Appel’s leadership, the company has posted one record after the next.”

Dr Appel said: “After careful consideration, I have decided not to remain for another full term in office. In Tobias Meyer, we have a top-class manager and great colleague to follow as the next group CEO. Under his leadership, Post & Parcel Germany successfully managed the turnaround. I couldn’t have hoped for a better successor,” he added.

Nikola Hagleitner (below), currently chief sales officer at Post & Parcel Germany, will take over from Mr Meyer as CEO on 1 July 2022, and join the board.

The board also extended the contract of Oscar de Bok, CEO DHL Supply Chain, for five years, to September 2027.