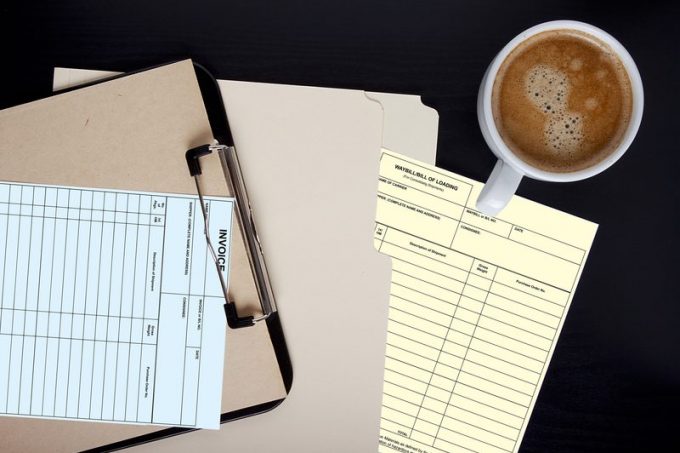 The container shipping industry could save itself up to $4bn a year if half of all bills of lading (B/Ls) were dealt with digitally, according to the Digital Container Shipping Association (DCSA).

The DCSA is using the coronavirus pandemic to accelerate its mission to introduce electronic B/Ls to the shipping industry.

CEO Thomas Bagge told The Loadstar yesterday the association’s financial modelling had concluded that container shipping could save $4bn a year with just a 50% adoption rate of eB/Ls.

Based on the air freight industry’s penetration rate of eAWBs – now at 68% after a decade-long push – the DCSA claimed: “If we start standardising eBLs now, we believe a 50% adoption rate is feasible by 2030.”

Since the onset of the pandemic, which has forced the office staff of almost every carrier to work from home and presented huge difficulties in obtaining and presenting paper B/Ls, increasing numbers of carriers have resorted to issuing eB/Ls only.

Meanwhile, with airfreight capacity slashed globally after the widespread cancellation of passenger flights, remaining space is taken up largely by urgent medical shipments, and carriers have been unable to send B/Ls around the world where consignees and forwarders need to present them to ports and customs authorities before cargo can be released.

“The Covid-19 situation is bringing the core strengths of a standardised eB/L to the fore. Cargo in ports cannot be gated out because of paper that is stuck elsewhere due to airfreight delays,” explained André Simha, global chief digital and innovation officer for MSC and DCSA chairman.

For example, he said, in late March, shortly after the UK government had brought in lockdown regulations, Evergreen UK sent out a customer advisory which said: “It will not be possible to issue export original bills of lading at London, and we will stop issuing paper invoices while these measures are in force.”

The line urged customers to instead consider registering for eB/Ls.

However, the absence of a physical B/L could leave shipper ownership of goods vulnerable.

One forwarder said: “Some carriers are saying they will only do telex release or waybills. Either way, the consequence is that title of goods cannot be maintained by the shipper, so it’s significant from an ownership and control perspective.”

Mr Bagge said he hoped the DCSA would publish an initial document on eB/Ls “later this year”, and revealed he had sought advice from IATA on how to manage the process.

“Tt would be crazy not to seek their advice, given the experience they’ve had, and they stressed two key points: firstly, involve the authorities as early as possible – we have been speaking to the World Customs Organisation and the EC, and will pick up with the US authorities when allows.

“Secondly, the B/L is only one document. Part of the challenge with introducing eB/Ls is that there is broader issue of other paper documents – import and export declarations, DG certificates and so on…”

Analysis: A new dawn for electronic bills of lading

Lessons learnt from the pandemic – a case for eB/Ls