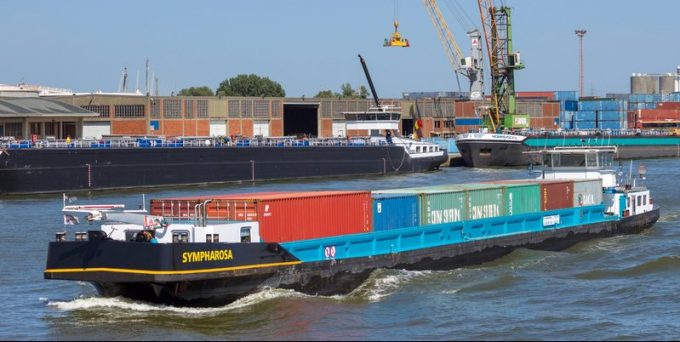 Heatwaves have sent prices “skyrocketing” for container moves along northern Europe’s inland waterways and, with little sign of rainfall, things can only get worse.

Having already imposed low water surcharges on the Kaub guage, Contargo announced a similar charge for the Duisburg-Ruhrort and Emmerich gauge and warned “some schedules will not be able to be adhered to”.

“Departures and arrivals will have to be co-ordinated on a case-by-case basis,” Contargo added.

“Costs resulting from missed departures of sea ships or late delivery of containers are beyond the sphere of our responsibility, since due to the circumstances of low water we are not answerable for them.”

Government-imposed draught limitations on the Duisburg-Ruhrort and Emmerich, alongside predicted low water levels – potentially down to 151cm and 11cm respectively – have resulted in Contargo imposing surcharges of between €85 and €303 per 20ft box, depending on water depth, and €150 to €393 per 40ft.

On the Kaub gauge, the latest update, late last week, from the barge operator puts its water level at 51cm, bringing a €387 per 20ft box and €514 per 40ft box surcharge. However, Rhine Forecast, which provides real-time water level details, today puts the level at 46cm, meaning surcharges of €589 per 20ft and €775 per 40ft box could now be charged by barge operators.

One told The Loadstar: “The impact on water levels on all rivers is heavy, and rates for the 135 x 1,750 barges are skyrocketing. Many owners are cancelling their charters with container barge operators, such as Contargo, Heager & Schmidt, Danser and Heuvelman.

“This is because, with the charter rates for coal transport now exceeding €8,000 a day, the operators cannot recover these rate increases from their customers. They unable to find barge owners with sufficient capacity to move their containers and the few barge owners remaining loyal to their container clients make up less than 50% of normality.”

And, compounding current problems is the systemic congestion that has plagued European waterways for years, with operators often reporting delays measured  in weeks rather than hours – although things have levelled to around 40-70 hour waits.

However, with low water, these times may creep up, with barges being required to move lighter, some handling just 30% of their capacity and many maxed out at 75% to avoid being too heavy.

The owner also warned of worries that the low water levels would lead to the forced closure of the Rhine by the end of next week, with the result: “All over to road haulage at considerable higher cost. Rail is unable to fill the gap.”