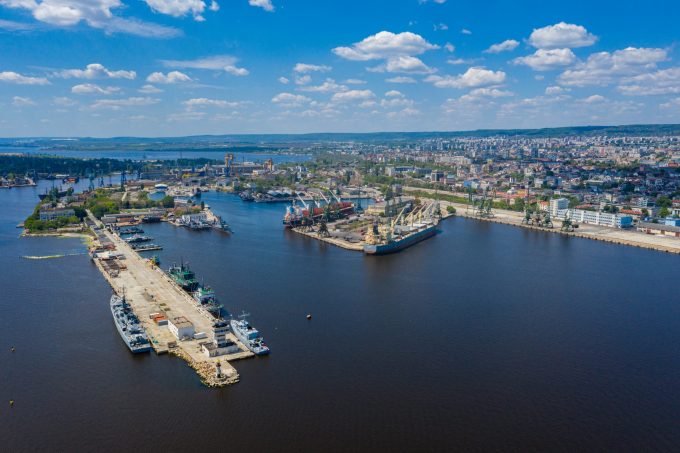 Broken Ukrainian supply chains will not be fixed just by a rail-river service that began last month, and forwarders are looking for other options, like going via Bulgaria, to get cargo in and out of the war-torn country.

Odessa-based cargo analysis and consultancy firm Informall BG reports that there are thousands of export containers stuck in Ukrainian ports as local freight forwarders look for routes to move cargo, particularly food and medical supplies, in and the exports out.

One alternative for Ukrainian exporters is the port of Varna in Bulgaria, around 150km south of Constanta.

The extra cost of travelling to Varna will be compensated by cheaper cargo handling charges, affordable stevedore services and the availability of warehouse space there. In addition, the Bulgarian government has reviewed and temporarily simplified cross-border rules for Ukrainian exporters.

Moreover, trucking services are in high demand in the western part of Ukraine, where large volumes of goods and humanitarian aid are arriving from Europe.

“If Ukrainian ports are blocked for too long, we can expect a rapid development of both warehouse facilities on the Poland-Ukrainian border and trucking companies to compensate,” said Informall.

Substantial numbers of Ukrainian import containers are arriving in the Baltic port of Gdynia in Poland and Hamburg on Germany’s North Sea coast. As in Constanta, most of this cargo cannot be transported into Ukraine and are transferred onto trucks for final delivery.

New warehouse facilities will be needed to meet logistics needs for the increased overland cargo flow between the EU and Ukraine, while trucks are still the only solution for last-mile delivery, and demand for them will keep growing.

Although, export containers are leaving Ukrainian terminals for Constanta via road and rail-river connections, importing boxes into the war-torn country remains uncertain.

“Some shipping lines are allowing import containers to enter Ukraine, but under certain conditions, such as a cash deposit against equipment, or an extra premium in the insurance policy,” explained Informall.

Although some shipping lines will take the risk and allow their equipment to enter Ukraine, the ratio between export and import containers is still largely unbalanced and, over time, as the conflict continues, a scarcity of empty containers is very likely.

Meanwhile, the rail-river service to Constanta via Izmail has had problems. The service was announced at the end of March, but limitations, particularly at the river port in Izmail are limiting the number of containers that can be handled.

The plan involves a train connection from Odessa to Izmail, on the Danube, with barge connections to Constanta. Based on estimations by stakeholders, the train is meant to carry around 60 teu per trip, but Informall BG said: “The intermodal connection may look progressive at a first glance, but there are a few major issues with it.”

The service was developed as a temporary solution for Ukrainian shippers using container equipment for their cargo. However, the port of Izmail was designed to handle project and bulk cargo, such as ore, coal, fertilisers, grains, and liquids. These require a lot of storage space and must be accumulated before the barge arrives.

Since the Russian invasion, much bulk cargo at Izmail has remained there and, as the port is the transhipment point for the rail-river service, congestion has limited the storage space for containers.

“As a way to accommodate the first batch of containers, port staff made a decision to transfer them from the trains directly onto two river barges with a capacity of 60 teu each. If the port operation is successfully adapted to handle containers, it is projected to add two more barges, totalling 240 teu per shipment,” explained Informall.

The approximate round-trip transit time from the Odessa region to Constanta via this route is 14-16 days. If the port of Izmail is able to adapt its operation and all four river barges can be fully utilised, the system should be able to handle a maximum of around 900-1,000 teu a month. By comparison, in 2021, container terminals in Ukraine handled 69,000 loaded teu a month.

It is still uncertain how severely Ukraine’s container turnover has decreased since the invasion. However, it is obvious that, even under perfect conditions, the port of Izmail will not be able to meet the needs of the industry.

In addition, the lack of river fleet (including barges) is another issue. Realistically, there are no expectations of increasing the capacity of, or further developing, this route. Informall said:  “We believe the alternative rail-river route will exist only for as long as Ukrainian terminals are blocked and vessels are unable to call the ports.”