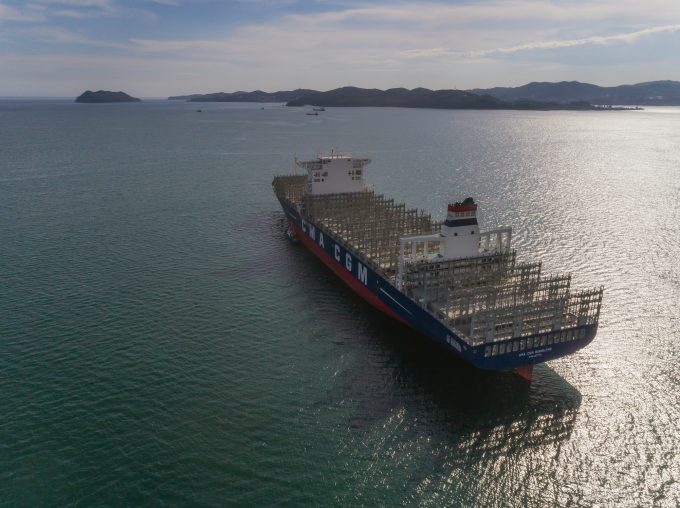 The spectre of overcapacity is clouding recent analyst optimism that ocean carriers could be heading for a period of sustained profitability.

During the first six months of this year, 26 newbuild ships of 14,000 teu-plus have been delivered – many of which will have been deployed between Asia and Europe, and according to Alphaliner, at least one new ultra-large vessel a week is set be delivered before the market slips into the traditional slack season in October.

Plus, encouraged by better-than-expected demand, several carriers have brought forward the delivery dates of large newbuild orders, added the consultant.

They had pushed back the deliveries, based on the less-optimistic forecast a year ago. Bringing forward ULCV delivery dates has also been prompted by a dearth of spot tonnage charter availability in the larger sectors.

And with the height of the peak season still to come, carriers are getting worried that they might not be able to take full advantage of the strong demand.

The current optimism is supported by Alphaliner’s bellwether idle fleet chart, which has shrunk to its lowest level for two years at 176 ships for 472,995 teu, representing just 2.3% of global cellular tonnage.

But it is what happens after the peak season that gives concern.

With more than 700,000 teu of new capacity expected to hit the water during the next five months, supply could once again get out of control, Alphaliner warned. suggesting that laid-up tonnage could rocket to just under 1m teu again by the end of the year.

The slowdown in the demolition market since April – a consequence of perceived improvements in the charter market – will not now receive a boost from the enforced scrapping of non-compliant middle-aged ships, following the postponement of new ballast water regulations for two years.

However, the orderbooks of Asian shipyards are virtually empty, and the supply of new tonnage will dry up. For the South Korean yards this means massive lay-offs of workers over the next year or so.

The yards are trying to diversify into other sectors, such as cruise ships, supply and off-shore vessels, but this is unlikely to improve their position dramatically. So any carrier that regains its appetite for ordering ULCVs will receive an extremely competitive price.

Meanwhile, unsubstantiated rumours have been circling that CMA CGM is ready to return to ordering, and its forthcoming demotion to fourth-largest carrier, following the takeover of OOCL, could prompt the French carrier into swift action.

According to a Splash247 report today, CMA CGM is said to be about to order a series of 22,000 teu ships from Chinese or South Korean yards.