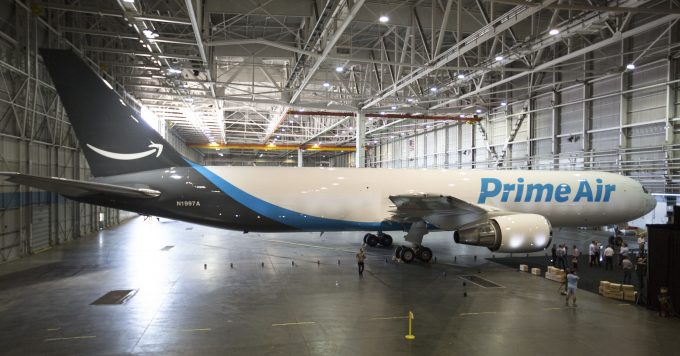 Pilots are no shrinking violets, as we say in the UK. You only have to read a pilot message board to see frequent gripes about what is undoubtedly a tough job.

But the recent onslaught of PR from pilots flying indirectly for Amazon – the International Brotherhood of Teamsters divisions representing pilots at Atlas, Southern and ABX – shrouds a darker story of labour relations with management.

Perhaps emboldened by Trump policies, and certainly working towards negotiations over a new collective bargaining agreement (CBA), the pilots are seeking – and gaining – publicity. They have released a video; they protested at yesterday’s Amazon shareholder meeting; they send out numerous PRs.

But to what end? Amazon, one suspects, has very little interest in getting involved with its suppliers’ labour relations. And a strongly managed company such as Atlas Air is unlikely to be swayed by public opinion, or pilot press coverage.

Atlas, of course, famously took its pilots to court following an extended slowdown, which in itself could be deemed a corporate failure. Surely, suing one’s own employees is a last resort, an admission of failure at the negotiating table.

But when you go through the court documents, the facts – as laid out by Atlas – are quite startling and reveal a union not bargaining, but exerting unfair leverage.

In evidence submitted by Atlas, pilots were openly talking about how to affect operations. While most call for strict adherence to the CBA, they also advocate “liberally writing-up airplanes for mechanical issues” and “not pushing to get an airplane out on time”.  “If you hit minimum departure fuel before getting to the runway, taxi back and try again.”

However, the pilots also make clear that Atlas left the negotiating table.

Atlas is one of the best air freight – and possibly air transport – companies in the world. It is profitable, it is efficient, it has diversified its business, making it resilient in different market conditions. Most people in the industry express admiration for its remarkable sales ability, if not for its culture or character.

The pilots claim that the (remarkably well-paid) Atlas management wants them to abandon their “quest for an industry-leading CBA”. And that may be true. Costs are a negative, and Atlas’s labour costs are rising as it expands its fleet to accommodate Amazon, among other companies.

Neither side is covering itself in glory here. The union focus on publicity should be exchanged for a focus on working with management; Atlas’s focus on investors and legal action with its own staff could be better directed to forging an improved relationship with those that work with it.

It’s a sorry tale on both sides.