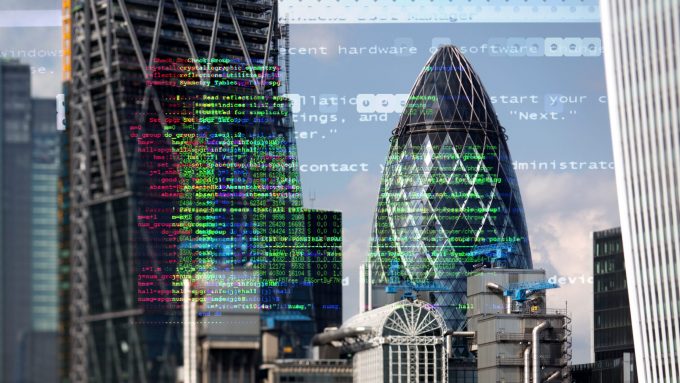 Since its introduction in 2010, the electronic Air WayBill (eAWB) has become the default contract for all air cargo shipments on enabled tradelanes and most other air transport documents have also been digitalised.

More recently, electronic documents have entered in the maritime industry too. In 2021, several container lines have introduced eBills of Lading (eBL). The purpose of digitalisation is to improve synchronisation and communication between parties involved, increase visibility, automate processing, support fact-based decision-making, and improve the customer experience.

This comment is an abridged version of a contribution that elaborates on the role of electronic documents using the eBL as a real-life example that illustrates the opportunities and challenges that arise from the digitalisation of documents.

Important developments in transport document digitalisation
In the more than 10 years that the eAWB has been available the system has become the default contract for all air cargo shipments on enabled trade lanes. “This key industry milestone has brought air cargo into a new era where digital processes are now the norm and paper is the exception”. The International Air Transport Association (IATA) claims that the transformation of the paper contract into the eAWB has brought numerous benefits, such as improved efficiency and reliability of the overall cargo handling process, faster delivery times, decreased handling errors and a positive impact on the environment with reduced paper usage through the elimination of paper-based processes.

More recently, electronic documents have entered in the maritime industry too. In 2021, MSC and then both Hapag-Lloyd and ONE launched technology provider WAVE BL their approaches to the eBL providing opportunities for the involved parties across the networks to become much more connected (see figure).

Beyond the bill of lading there are also initiatives being taken to digitalise paper-based certificates of ships (ship documentation) and crews (seafarers service book). The adoption of electronic documents can be accelerated when we understand the drivers and barriers to their implementation. 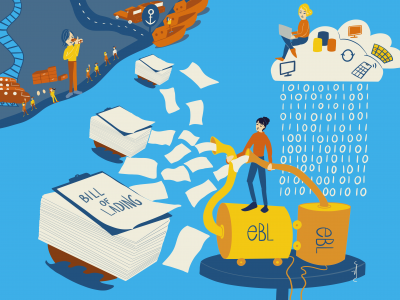 Transformations through the digitalisation of physical documents as an intermediate step towards data-centric systems. Illustration: Sandra Haraldson, Research Institutes of Sweden (RISE).

The introduction of the eBL: carriers’ expectations and challenges
The pioneering container shipping lines that recently launched the eBL shared the following reasons that motivated the introduction:

A particular barrier identified by some shipping companies is the lack of a legislative framework with a worldwide scope. Almost every jurisdiction has its own regulation. Local practices and laws as well as ‘legal grey zones’, namely, locations without clearly enacted laws that validate the use of electronic documentation pose challenges to adoption.

In addition, banks need to co-operate. A common practice is to demand paper documents for transactions based on a Letter of Credit. The necessary change in practice could be incentivised by the Banking Standards Association and the International Chamber of Commerce (ICC). Other challenges mentioned are the ‘first-use-barrier’ that remains quite high and the lack of standards; but several organisations are working on this important topic. Also, cybersecurity concerns have been raised which can be addressed by new technology such as blockchain.

A call to action
There are many advantages to the introduction of electronic documents such as the eBL, but there are also some major topics still to work on. Industry-wide buy-in and further standardisation is essential. Bringing forward the necessary new standards to unleash the opportunities that digitalisation provides is critical and a key aspect of Maritime Informatics.

The step towards electronic documents brings forward two thoughts. First, a call for action for everyone to participate in the effort is required, which is also about harmonising legislative frameworks. Second, industry-wide adoption will allow the maritime sector to advance towards exploring automation possibilities that will enable the refinement of, and new processes to, transactions.

The next, and more advanced move from a document-driven to a fully data-driven approach will then allow the maritime industry to achieve large-scale digitalisation and increased asset productivity. Something that is now expected by many if not most stakeholders along the transportation and supply chains that are seeking to capture additional value from shipping such as enhanced automation, visibility and an improved customer experience. The big question is – how long will it take?

The full version of the article can be found here.