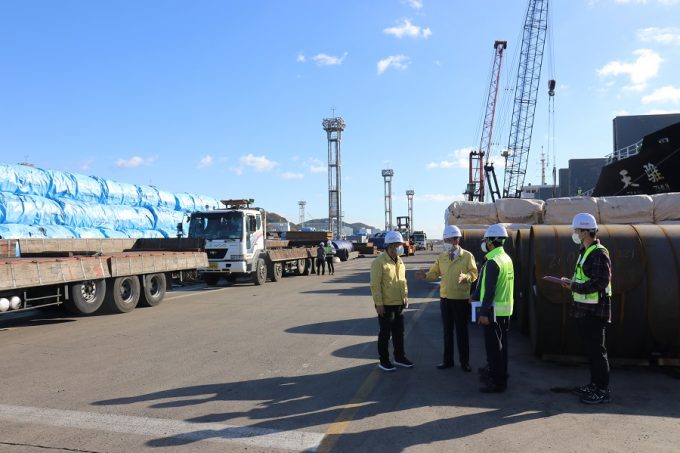 The Korea International Trade Association (KITA) today said it had received 32 complaints from 19 shippers that they had been impacted by the latest truckers’ strike.

Half the complaints alluded to financial penalties for delayed deliveries, while almost a third focused on disrupted production due to higher logistics costs. Others related to interrupted deliveries of raw and semi-finished materials.

KITA noted that one household goods exporter was adding logistics costs to its sales price on a daily basis, because it was missing deadlines for getting cargo to the yard in Incheon port.

In other cases, a company importing South-east Asian seafood feared breaking its contractual obligations to deliver a prescribed quantity by year-end, a shipper exporting medical devices complained about militant truckers blocking access to container terminals, while another claimed that the police had to be called to facilitate the delivery of raw and semi-finished products to a local chemical manufacturer.

The truckers’ industrial action, the second this year, continued today, halving the flow of container traffic at South Korea’s ports, although they reported yard utilisation remained at normal levels.

Steel giant Posco is considering coastal shipping and rail as alternatives to trucking, while Hyundai, and its smaller affiliate Kia, have mobilised employees to transport finished vehicles to regional shipment centres, as car-carrying trucks were not available.

The Ministry of Land, Infrastructure and Transport estimated that at least 7,700 unionised truckers are striking, about 35% of the 22,000 members of the Cargo Truckers Solidarity Union.

President Yoon Suk-yeol has threatened to issue an executive order to mandate the truckers to resume work, asserting that his government will not bow to their demands for a minimum wage and to make the Safe Trucking Freight Rates System permanent.

The system was introduced by President Moon Jae-in in 2020, during Covid-19, to ensure minimum wages and prevent overwork and dangerous driving. The previous eight-day strike, in June, ended after the government acceded to trucker demands and extended the system for three years.

Party leader Park Hong-geun said: “If the sunset provision is extended without abolishment, social conflict will arise every time the expiration date comes up. The Safe Trucking Freight Rates System is a social safety net for truck drivers who take the wheel day and night.”