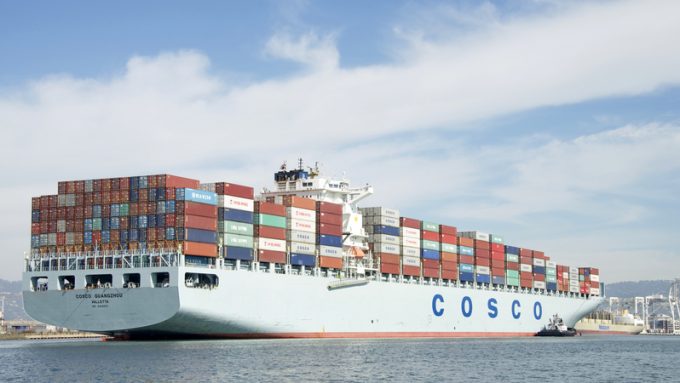 He added that the strategy of BCOs [beneficial cargo owners] in the past five years of securing significant reductions by tendering to a number of carriers “will simply not work as a blueprint for the forthcoming annual tender”.

Mr Damas noted that the number of container vessel operators plying the Asia-North Europe trade had, due to mergers, acquisitions and bankruptcy, decreased to 11 in July this year from 15 carriers 12 months ago.

And, assuming regulatory approval is obtained, the number of carriers on the route by July 2018 will have shrunk to just eight after Maersk Line’s takeover of Hamburg Sud, the merger of the Japanese carriers and Cosco’s purchase of OOCL.

Extracting data on fixed contracts running between January and December this year on the Asia-Europe route and May to next April on the transpacific, Drewry said it had seen annual freight rate increases of “about 50%”, albeit from the extremely low base of 2016 rates.

And as well as the daunting prospect of big hikes in contract rates, Drewry was also concerned about the impact on the supply chain of rollovers and cancelled sailings as carriers underpin rate gains by continuing to squeeze supply.

The consultant gave the example of the crisis faced by European exporters to Asia and the Middle East thise year, when capacity was drastically cut following the alliance restructuring. Freight rates on the backhaul route subsequently sky-rocketed and have so far failed to return to previous levels, remaining some 100% higher than a year ago.

The indications are that carriers will continue to restrict capacity as much as they can. Last week, the Ocean Alliance announced it would be blanking four Asia-Europe voyages early next month, with the 2M and THE alliances likely to advise details of plans to skip sailings over the next few days.

“Things will be different and organisations must be prepared,” cautioned Mr Damas, who suggested that BCOs needed to incorporate benchmarking and e-sourcing best practices into their procurement processes to find the “best combination of bids to meet the intended balance between cost and service”.

Drewry added that the sudden failure of Hanjin Shipping in August last year, resulting in around $14bn of containerised cargo being stranded on over 100 ships around the world, had “highlighted the performance risks of some financially weak providers”.

It also noted that some BCOs and container lines were “experimenting with new contractual models” in their respective negotiations, which would provide comfort to shippers worried about a repeat of the bankruptcy.