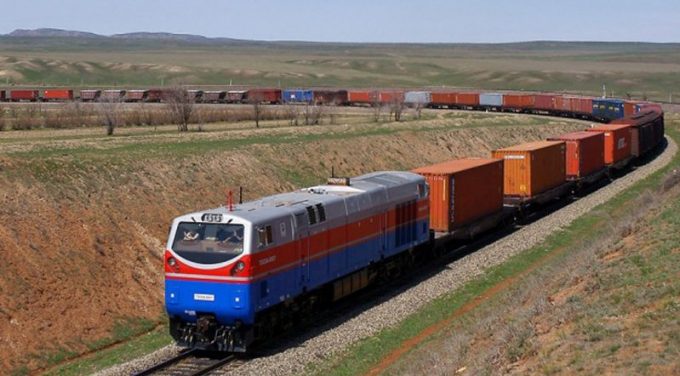 As the new alliance structure prepares to get underway tomorrow, with the Ocean and THE alliances launching services, shippers and forwarders are preparing for the possibility of severe supply chain disruption.

The drawing up of contingency plans was in part due to a growing sense of unease that shipping lines did not appear to be “on top of” managing the roll-out of the new groupings.

“The transition of the alliances has been hugely frustrating, in a very predictable way. We recently concluded annual contracts for our Asia-Europe business, which begins next month, and the number of carriers quoting Ocean Three and G6 services when bidding for shipments after 1 April was ridiculous… although not unexpected,” he added.

UK freight forwarder Westbound Shipping Services described the “mind-boggling transition” for carriers of their fleets and equipment into their new alliance homes.

It said: “Many schedules still published are incorrect, as many vessels have been taken out of service. This upholds the demand for space and in turn the recent rate stabilisation.”

Another effect of the rescheduling is a capacity crunch on North European exports to Asia, which is having a serious impact on shippers’ businesses.

Understandably shippers and forwarders in North Europe are angry.

One major UK importer said his logistics team was looking at using the overland rail route from China to Europe should chaos prevail, as some have predicted.

“We have been testing the rail services – loading 15-20 containers over the last six months or so, and as a product it has gone very smoothly. The lead times were as promised – 19-20 days from China into Germany, principally either Hamburg or Duisburg,” he told The Loadstar.

However, he did admit there had been challenges, particularly with the onward leg from Germany to the UK.

“There is an issue with the restitution of rail boxes back to the railway companies in Germany. The rail companies want those boxes back in Germany, so you have to consider what sort of backhaul cargo you could attract on the rail to go to Duisburg from the UK once you have finished devanning the box.

“The other option is to decant the container in Gernamny and then truck it to the UK. Overall, you are looking at 22-23 days from China to the UK stores, so there is a good speed differential, while the freight cost is clearly closer to sea-air products, or even air, than it is to the ocean freight equivalent.

“What we are trying to work out is whether the speed advantage is worth the extra cost, and so far we have been pleasantly surprised by the results.

“In any case, I’m certainly comfortable enough with the service levels that I would throw much larger number so containers at it,” he said.

During Hapag-Lloyd’s results press conference in Hamburg on Monday, an irate German forwarder said shippers were calling him, “angry because Hapag-Lloyd said there was no opportunity [space] until the middle of May for China and Indonesia”.

Hapag-Lloyd chief executive Rolf Habben Jensen responded by saying that the eastbound demand had “been surprisingly high”. He said: “It might take some time until the situation recovers again, we are trying to take additional measures to alleviate the situation, but this cannot be done from one week to the next.”

Mr Habben Jensen said that one of the measures under consideration was to transport less empty equipment back to Asia to make room for extra loaded boxes.

However, there is some evidence that the solutions will come too late to prevent Asian customers sourcing their product from elsewhere in the world.

One major UK wastepaper shipper told The Loadstar this week that Chinese mills had already significantly cut back on their orders, due not only to the supply issue, but also because of the massive hike in freight rates over the past six months.