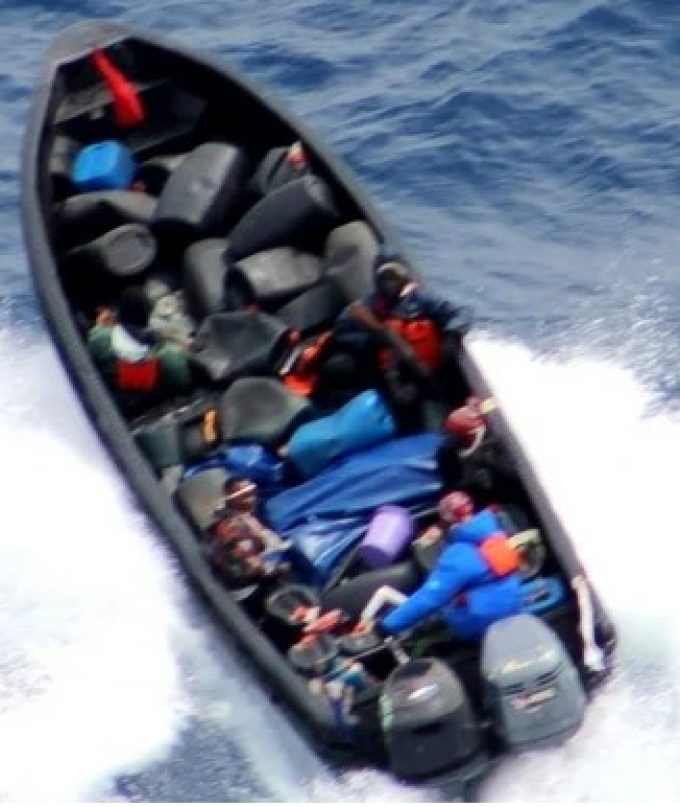 Marines from the Russian naval ship Vice-Admiral Kulakov, deployed via the vessel’s helicopter, forced attackers on the MSC Lucia to flee yesterday as they arrived.

However, it is suspected that the same armed gang had boarded an offshore supply vessel (OSV) today.

Security expert Dryad Global told The Loadstar: “We are assessing it as highly likely that the recent attack and possible kidnapping from the OSV Montet Tide was perpetuated by the same individuals.”

The attempt on the MSC Lucia failed, thanks to the Russian marines, but the pirate attack today may have been more successful. Reports from the region suggest the gang has left the scene and the OSV is drifting, 193 nautical miles east of the attack on the MSC Lucia in the Gulf of Guinea.

MSC said today: “The safety of crew is a top priority and MSC would like to express its sincere gratitude to all participants, namely MDAT-GoG, IMB Piracy centres and the Russian and Italian navies, for the remarkable co-operation that led to this successful rescue.

“This incident underscores the importance of maintaining the increased presence of naval forces and assets in the Gulf of Guinea. Also, it highlights that progress in the fight against maritime piracy requires a solid framework of co-operation and co-ordination at international, regional and national levels, which MSC continues to support.”

Dryad Global has issued a warning to all shipping in the area to remain vigilant, as the threat remains high.