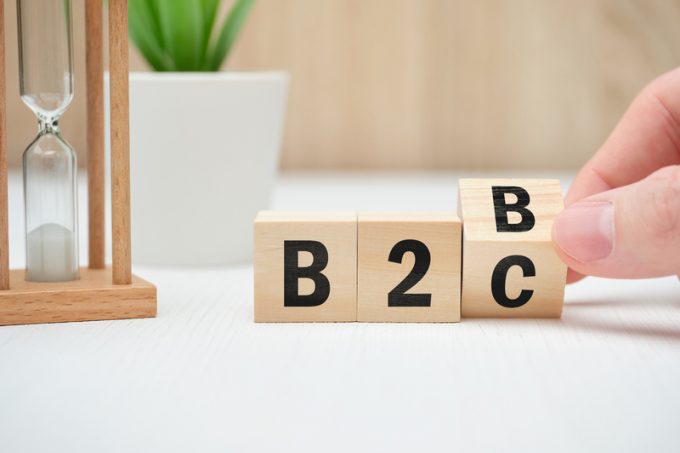 Already struggling to find sufficient capacity, retailers are facing tighter and rising logistics costs as the B2B sector comes back to life.

Given the superior margins for logistics providers from B2B, retailers will have to hone alternative channels to deliver their goods to consumers.

In the US, industrial production has risen in recent months; after a 3.1% surge in March, it rose 0.4% in April, an increase that would have been higher if it had not been for the shortage in semiconductors that pushed output at auto plants down 4.6%.

Logistics providers have noticed the uptick in B2B flows for some time. Cathy Morrow Roberson, founder and head analyst of Logistics Trends & Insights, noted that FedEx and UPS reported improved levels of B2B volumes in the first quarter, driven by the automotive, hi-tech and retail sectors.

She pointed out that the integrators had a 50:50 split between B2B and B2C traffic before the pandemic, which shifted to a 70:30 imbalance in favour of retail last year. Now it’s about 60:40, she said.

The analysts at IHS Markit warn that manufacturing capacity is getting strained by a combination of soaring demand and supply chain disruptions. Manufacturers expect capacity and raw materials supplies to remain stretched for the remainder of this year.

Similar warnings have come from the Institute of Supply Management, which noted that extended lead times, wide-scale shortages of critical basic materials, rising commodity prices and difficulties in transporting products are affecting all segments of the manufacturing economy.

While the rise in manufacturing activity, combined with the ongoing strength of the B2C market, are straining all sectors of transport as well as warehousing and distribution facilities, the pressure is most pronounced in the LTL sector, according to some reports.

In an earnings call in late April, David Menzel, CEO of Echo Global Logistics, said LTL carriers were operating at capacity levels “well above historic norms”,  impacting both price and service. Echo’s LTL volumes were up 10% in the first quarter.

With capacity is pretty much maxed out, truckers and trucking brokers have indicated that they expect LTL rates to continue their upward trajectory for the rest of this year, if not longer.

Truckload rates are also up massively. The CASS freight index, which measures logistics spend, set a record in April – its fourth record in five months – and spot prices are reportedly on track to rise 70%, year on year, in the second quarter.

Likewise, the Logistics Managers Index, which tracks inventory, warehouse and transport expenses, is currently at its second-highest level on record, and little relief is expected throughout 2021.

With pricing remaining at elevated levels, shippers will find it challenging to move goods where they want them.

The pressure will fall disproportionately on B2C shippers, Ms Roberson said. “We will see more capacity cut on B2C because B2B has always been more profitable for the carriers.”

John Haber, CEO of parcel logistics consultant Spend Management Experts, also sees pressure piling up on B2C shippers. He pointed to the latest round of peak surcharges FedEx is set to implement on 21 June on residential deliveries.

Increasingly, consumers will encounter pressure to collect their parcels from drop-off points rather than have them delivered to their homes, he believes: “We will see pricing drive people to pick up packages at commercial locations.

“Parcel carriers want to deliver to stores,” he added.

US transport management giant Hub Group is making a determined move into the reefer cargo ...

UPS is reaching into the same-day market with the takeover of final mile provider Roadie ...

These are the good times indeed.

Echo Global Logistics has been acquired by private equity firm The Jordan Company for an ...

Big shippers look to 'save the world', and their profit, via focus on sustainability

People in the logistics sector have their hands full these days trying to find capacity ...

Supply-demand balance firmly in the red: a bumpy road still ahead for shippers

US shippers are headed into a tight trucking market, with plenty of challenges and elevated ...