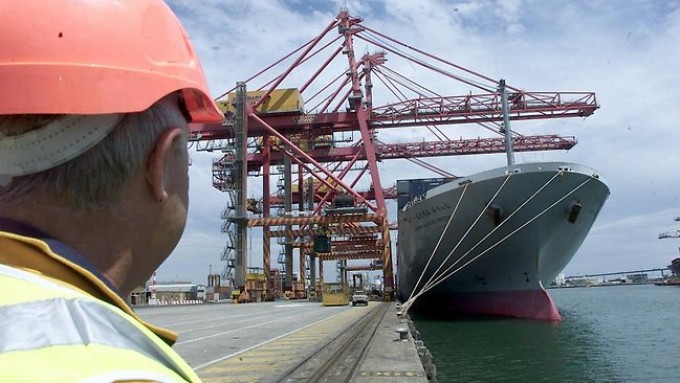 The in-principle agreement, which has to be voted on by union members, comes just days before Patrick’s application to terminate the current enterprise agreement was due to be heard at the Fair Work Commission (FWC).

Patrick said it was “very pleased”, adding: “The new agreement has achieved the removal of restrictive recruitment conditions and delivered other much-needed flexibilities for our operations across all four terminals.

“Patrick Terminals looks forward to the endorsement of the agreement by the MUA members and four years of industrial stability on our waterfront.”

According to the Australian Financial Review, Patrick was able to end the MUA’s “friends and family” hiring veto, allowing it to hire without approval from the union. However, MUA national assistant secretary Jamie Newlyn said the new agreement would deliver pay increases above industry standards, job security assurances and “fairness and dignity for hard-working members”.

The deal ends a two-year saga of negotiations between the MUA and Australia’s four major terminal operators and follows deals already agreed with VICT, Hutchison and DP World.

However, given the protracted industrial action at the four Patrick terminals during the negotiations, causing disruption to port operations and increasing congestion, logistics stakeholders have called for reforms to prevent the situation from happening during the next set of negotiations.

Neil Chambers, director of the Container Transport Alliance of Australia, said: “In the past several years, all the container stevedore terminals in Australia have been beset by industrial relations disruptions that have impacted vessel delays and landside interface productivity.

“This has contributed to landside cost increases at a time when the industry is also dealing with the impact from the Covid-19 pandemic and its associated spike in international container trade demand.

“We believe that, in circumstances where industrial bargaining disputes arise in defined ‘critical industry sectors’, including container stevedoring terminal operations, there should be clearer pathways to arbitration outcomes through the FMC, and stronger powers to suspend or cancel such industrial action if supply chain continuity is significantly threatened.

“No union – or employer for that matter – should be able to hold critical international trade gateways to ransom in pursuit of their industrial agenda.”