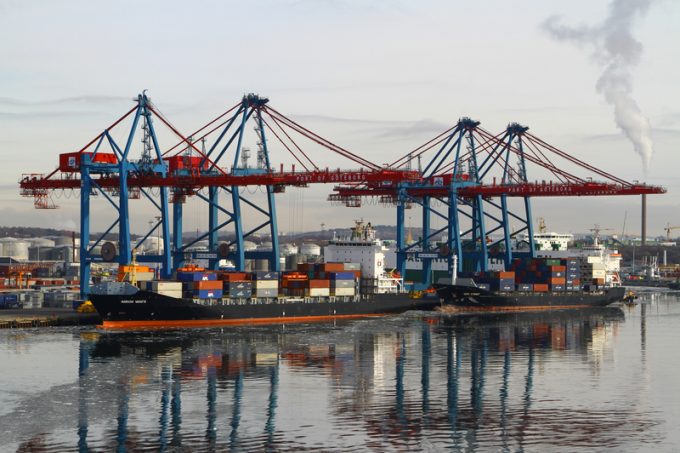 With industrial action continuing to hobble the port of Gothenburg, terminal operator APM Terminals has resorted to employing temporary staff, despite the largest volume decline in its history.

From Sunday, the operator will use temporary personnel from the Adecco staffing agency to fill in during peak periods.

The terminal’s managing director, Henrik Kristensen, said the move would enable to port to increase both reliability and flexibility.

“The main work will continue to be performed by our permanent staff,” said Mr Kristensen. “But like other companies, daily work flows can change, weather conditions can affect schedules, or last-minute changes and unplanned absences make it essential to be able to adjust our workforce.”

However, one forwarder told The Loadstar the reason behind the agreement with Adecco was linked to staff cuts.

“APMT has laid off 140 people; 70 have already been laid off, the rest will be released by the end of the year,” said the forwarder.

“The port has lost significant volumes [since the dispute started] and is currently operating at 50% productivity.”

A spokesperson for APMT told The Loadstar there had been improvements in productivity since the Swedish Dockworkers Union Section 4 abandoned its blockade in June.

“We have seen a slight improvements in weekly volumes however since we don’t have a long term solution yet we see that some customers still are hesitant to put back all volume to Gothenburg,” said the spokesperson.

Prior to the Adecco agreement, APMT used a Swedish arrangement known as the Blixtsystem, sharing additional staff with Logent Ports & Terminals and Gothenburg Ro-Ro Terminal.

The operator said this arrangement would cease at the end of 2017, but “all Blixtsystem workers” could apply for employment in Adecco’s staffing pool.

For over a year, the Swedish Dockworkers Union Section 4 has been seeking access to a collective bargaining agreement APMT has with the Swedish Transport Workers Union (STWU).

However, the Swedish Trade Union Confederation does not recognise Section 4 and, despite more than 70 meetings since April 2016, often with mediators, an agreement has yet to be reached.

Last June, the situation descended into farce when government-appointed mediators “washed their hands” of the situation after a written solution they offered was rejected by Section 4.

Last month, the port released half-year results that revealed what it described as an “unprecedented fall” in container volumes, down 22% year-on-year, which it said was the “biggest decrease ever in the history of the port” – a volume drop of 60% in June being the nadir.

In a statement, the operator said: “Container handling is now at a level not seen since 2001”.

Chief executive of Gothenburg Port Authority Magnus Karestedt attributed the decline to the labour dispute, which is now into its second year.

“The consequences for Swedish trade are immense, as several services to key markets have been withdrawn, including direct services that are vital to both imports and exports,” said Mr Karestedt.

“A great deal of freight has shifted from sea to road, investments are failing to materialise and jobs have disappeared, and preliminary reports show that the figures for July were also at an historic low.”

Mr Karestedt said it was “painfully clear” that the dispute was harming both the port and wider industry, noting that prior to the dispute, the rate of growth had been “incredible” with “billions” invested.

The Swedish government has set up an enquiry to review labour market rules, but many fear the dispute will continue into 2018.

“It is unreasonable that a group of dockworkers in Gothenburg can block trade flows for an entire country in this way,” added Mr Karestedt. “National mediators have attempted to resolve the dispute on repeated occasions. APMT has accepted all proposals put forward by them while the dockworkers’ union has rejected them.

“I welcome the government’s enquiry, although legislation takes time and in the interim we need an immediate local solution that will allow the port to regain its credibility.”