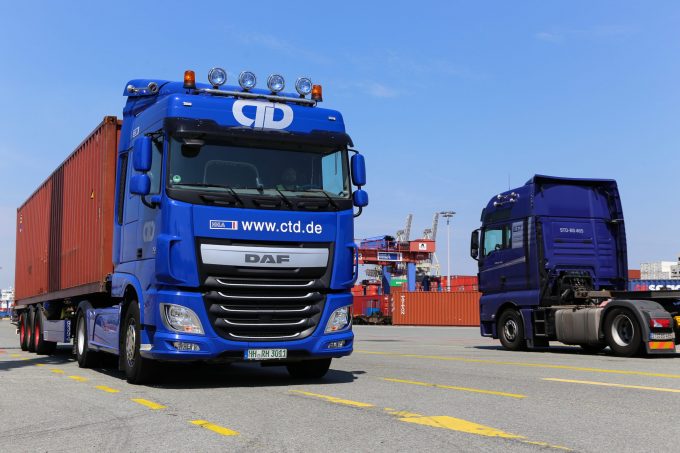 Plans to digitise container release processes at German ports have been welcomed by hauliers, who want similar systems introduced elsewhere.

Software provider Dakosy and Bremen-based DBH Logistics announced that the first carriers and forwarders would be connected to blockchain platform German Ports by the end of the year, as the system goes live at Bremen, Bremerhaven, Hamburg and Wilhelmshaven.

Dakosy’s authorised officer, Dirk Gladiator, said: “Our solution is based on platforms and processes already extensively used by stakeholders in German seaports. In Hamburg, it will be integrated into the Import Message Platform (IMP) and at Bremen and Wilhelmshaven as part of the Business Integration Platform (BIP).”

Having partnered with the Technical University of Hamburg, Dakosy conducted the release order based on a blockchain project in 2018 to test the technology’s suitability. Strong results led to a “high level” of interest from enthusiastic carriers keen not only to speed up container release processes across German ports, but also to digitise them.

“Until now, release orders have generally not been communicated digitally, but exchanged in traditional ways, via fax, e-mail or telephone,” said Mr Gladiator. “The manual process causes a lot of extra work for everyone, as the players have to engage in bilateral dialogue for each container to organise authorisations and empty returns.”

While initially tied to BIP and IMP platforms, DBH head of port solutions Holger Huebner said there were plans to expand this to make it available as a “hybrid”.

One haulier welcomed the move, telling The Loadstar “it should help” speed up the container release process at ports, adding that “German efficiencies are usually well thought-out”, adding: “I would think UK operators would want to see proof it works before they introduce it here.”

Any effort to improve efficiencies at Hamburg will be welcome, with the port having just released first-half results for 2021 that indicate an “overall positive trend”, with container handling volumes hitting 4.3m teu, up 5.5% on the previous year.

Nonetheless, with the repercussions from the pandemic persisting, the operations team said the numbers indicated that the port was “positively embarking on its recovery process”, particularly when it came to rail-borne container transport, which hit 1.4m teu.

“We find that throughput in the port has developed positively, yet it was not yet possible to fully recover the throughput downturn caused by the repercussions of the pandemic. Growing import and exports, heavy consumer demand and the port’s immense range of liner services are bringing us onto a stable growth curve.”

Export growth outperformed imports, up 6.1% to 2.1m teu, but with import container handling climbing only slightly less, at 5% to 2.2m teu, the message was one of optimism. And of “special interest” was a 6.9% rise, to 3.8m teu, in total throughput of loaded containers, comparing favourably to the 4.5% drop in empties, at just 464,000 teu.

“Leaving aside Australia/Pacific, other trades with America, Asia and Africa all reveal a favourable throughput trend; in Europe, however, transhipment throughput with the Scandinavian countries, up by 6.4%, was the only positive” added Mr Mattern.

“Overall though, the total for Europe trades was slightly ahead, being half a percent up.”