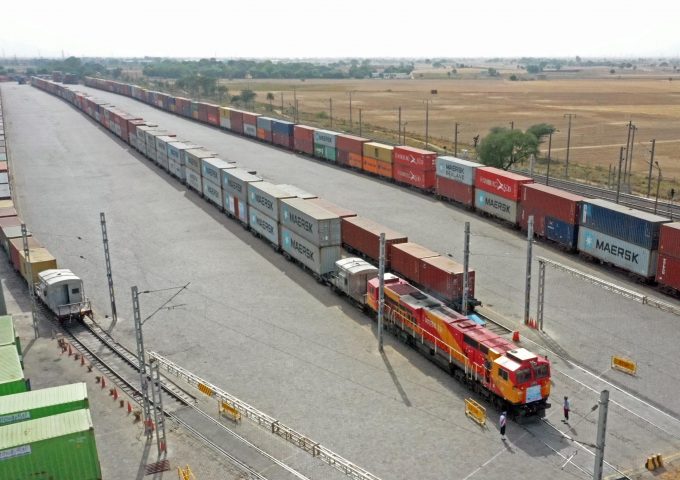 However, even as some shipping line plans to become integrators have gained momentum, efforts to combine rail infrastructure development, connections between major Indian ports and inland container depots (ICDs) have expanded substantially, the strategy has failed so far to deliver modal shift from road.

For example, rail freight accounted for 17.76% of the container volumes handled by Jawaharlal Nehru Port Trust (Nhava Sheva) between April and December last year – down 3% on the corresponding period of 2020, when rail freight traction was in large part driven by Covid-19 lockdowns that snarled truck movements.

Last year, Maersk rolled out 13 customised train routes connecting hinterland locations to the ports of JNPT, Mundra, Pipavav and Visakhapatnam. According to Maersk, the result was a significant increase in rail shipments: up 43% for exports; up 23% on the combined count (exports/imports); translating into a gain of more than 50,000 teu over the year.

“As Maersk started developing customised solutions for customers rather than offering them off-the-shelf options, deeper insights into customers’ needs and challenges started unfolding,” it said. “These rail services were designed in such a way that different industrial verticals were to be connected to the ports.”

That meant a 30% improvement in transit times versus road transport, greater service reliability and seamless cargo flow advantages, it claimed.

And other carriers are not far behind in pursuing that competitive push. CMA CGM recently opened similar rail services from Mundra and Pipavav, with a block-train connection to the Panipet ICD in Haryana State touted as a “first mover” by the shipping line.

“This service will provide a dedicated and direct loop from port to ICD, which will optimise the current transit time and help our customers expand their business while reducing their CO2 emissions,” said the carrier, noting this was its 10th dedicated block-train service in India.

Hapag-Lloyd, in conjunction with Container Corporation of India (Concor), has opened a weekly express train service from the Tondiarpet ICD, near Chennai, to JNPT, also noted as a first on the route, to offer customers an alternative to transhipment over Colombo, in Sri Lanka.