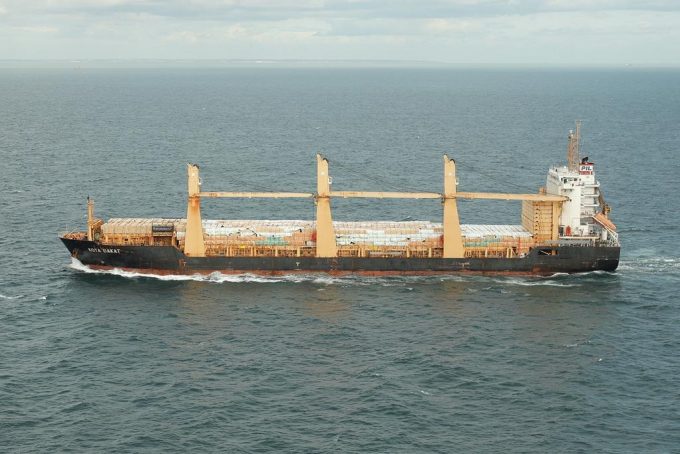 A Hong Kong-based unit of a UK forwarder has been chartering multi-purpose (MPP) ships to carry containers from China to the UK, The Loadstar has learnt.

The subsidiary is active as a non-vessel owning common carrier (NVOCC), specialising in arranging container shipments from China and Hong Kong to the UK and Europe. Annually, it arranges to ship at least 60,000 containers. However, the recent equipment and shipping capacity crunch has prompted it to charter whole vessels to move containers.

While the subsidiary did not respond to The Loadstar’s request for comment, sources at German MPP ship operator BBC Chartering said that it had recently chartered two ships, BBC Finland and BBC Norway, to the company. Each ship can take around 1,500 teu and enables the company to help shippers who find it increasingly difficult to secure containers from mainline operators.

The Loadstar was informed that the ships carry containers from China’s second-busiest port, Ningbo, to the UK ports of Liverpool and Tyne. The containers are said to be hired by the subsidiary and the ships are fixed on consecutive voyage charters, meaning that BBC Chartering will arrange bunkering of the vessels.

More freight forwarders and NVOCCs have been securing space by chartering entire vessels. Alphaliner’s 8 September issue noted that Italian logistics company Rif Line chartered two 1,100-1,200 teu ships for around a year to carry containers between Asia and the port of Civitavecchia, near its headquarters in Rome. Furthermore, EShipping Gateways, a joint venture between OOCL Logistics and JD Logistics (part of e-commerce retailer JD.com) has already offered several sailings from Asia to North Europe.