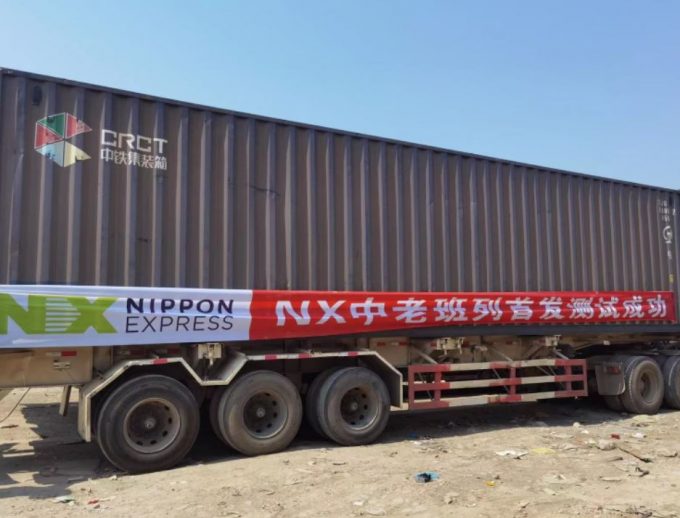 Japanese logistics group Nippon Express has launched a multimodal China-ASEAN service, tapping into the China-Laos Railway which opened in December.

The service involves railing containers from Kunming, China, to Vientiane in Laos and then trucking the boxes to Thailand and other ASEAN countries, a move that will reduce carbon emissions.

Previously, the company offered only a trucking option for customers who needed to get their goods from Kunming to Laos and Thailand.

A Nippon Express’ spokesperson told The Loadstar: “This combined transport service is in addition to our cross-border trucking, and can be used as a business continuity plan when ocean transport is disrupted.”

Nippon Express piloted multimodal transport in March with the movement of a 40ft container from Kunming to Ayuthaya in Thailand, which took five days to arrive, half a day faster than full trucking. The full train can accommodate 25 40ft containers.

The spokesperson added that the new service could be connected to its Shanghai-Singapore cross-border trucking service, which covers 7,000km between Shanghai and Singapore, via Vietnam, Laos, Thailand and Malaysia

As one of the major projects of China’s Belt and Road initiative, the China-Laos Railway took five years to build at a cost of $6bn, most of which was paid for by China. The line links Laotian capital Vientiane with Kunming, a major manufacturing and transport hub.