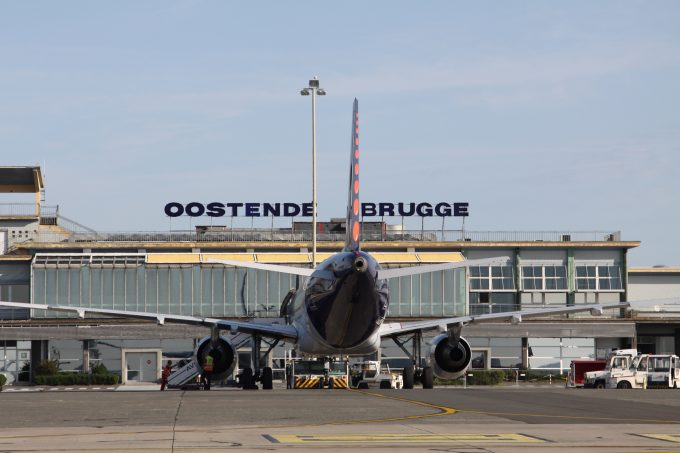 Cargo at Ostend Airport could be constricted if a complaint from three NGOs over finance and environmental issues results in overnight closure.

The biggest gripe against the airport is what the groups claim are illegal government subsidies.

The 2015-2017 annual accounts show the airports of Ostend and Antwerp with aeronautical turnover of €17m ($19m), but receiving subsidies of €32m.

The latest available figures for Ostend, which has a reputation for cargo charter flights, show it handled 27,719 tonnes of cargo in 2018, up 18% on the previous year.

Its ability to operate cargo flights 24/7 has been a selling point, along with its capacity, and the airport was hoping to capture extra traffic from airlines trying to avoid congestion elsewhere, such as Amsterdam.

The NGOs are recommending the closure of Antwerp Airport, which in March handled less than 200 tonnes.

In 2014, the Flemish government made an agreement with Egis Group to operate Ostend and Antwerp for 25 years, but the grant agreement expires in October.

The three NGOs, Bond Beter Leefmilieu, WILOO (Working Group on the Impact of Ostend Airport on the Environment) and Civic Platform Vliegerplein, allege that the Flemish government failed to adopt the correct procedures in terms of the contribution of the airports, and have reported this to the attorney general at the Brussels Court of Appeal.

Erik Grietens, of Bond Beter Leefmilieu, explained: “The privatisation of those local airports was arranged at the start of the current legislature in such a way that all cost remained with the government, and the possible profitable gains went to the French operator, Egis.

“So millions of taxpayer money flows to the loss-making regional airports, even though they have a strong negative impact on air quality and climate change.”

WILOO also claims that the airport brings negative returns for the government.

“According to the estimation report … the airport of Ostend has a value of €192m. But the fee that … Egis pays for running the airport is only a fraction of this: in 2017 it amounted to €226,943,” said the NGO’s Jacques Denecker.

He pointed out that the Flemish government received a yield of 0.12%, “a figure that no manager would agree with”. But the government also pays all the major costs for the airport’s infrastructure.

Egis pays some €250,000 a year for Antwerp Airport, meanwhile, the same as for a store in the main shopping street, noted Piet Deroeck of Burgerplatform Vliegerplein. The airport is valued at €115m.

Lawyer Johan Verstraeten noted: “There are indications that criminal offences may have been committed in the context of the decision of the Flemish government of 24th October 2014 on the capital increase of the [airports] and the subsequent notarial deeds.”

The groups want the government to reassess its agreements with Egis.

“The good news is that the unfortunate grant agreement with Egis will expire in October. The new government can therefore very easily pull the plug on the subsidies for the airports and use the released millions for climate measures,” said Erik Grietens, of Bond Beter Leefmilieu.

The three groups “demand that the future government does not renew the grant agreements, elaborate an extinction scenario for [Antwerp] Airport and plan a reconversion for the airport of Ostend to a smaller airport, with shortened runways and which is closed at night”.