New direct service between port of Gothenburg and the US 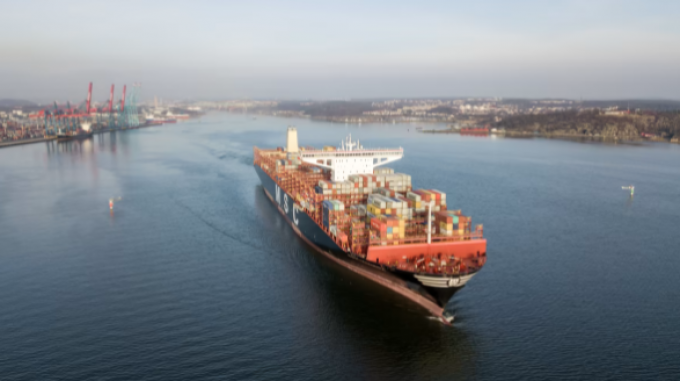 MSC will operate the new direct service between Sweden and the United States. Photo: Gothenburg Port Authority.
By LoadstarEditorial
17/03/2022

A long-awaited, unique direct connection between the port of Gothenburg and the United States is starting later this March. The US is Sweden’s largest export market outside Europe, and the weekly service will further improve conditions for growth in trade between the countries.

MSC, the world’s largest container shipping company, will be operating the new direct service that will call at the Port of Gothenburg weekly. The first call on the loop departs from the APM Terminals container terminal in the Port of Gothenburg on March 31 and will reach New York 11 days later. The loop then continues through Philadelphia and Norfolk, after which the vessel will return to Scandinavia and the Baltics with American goods. The first loop will be operated by the vessel MSC Cornelia.

”The new direct connection between the Baltic Sea and the east coast of the United States has been in great demand and is the only one on the market today. With the new service, we are also strengthening our offer through Gothenburg, which we are very positive about,” said Maria Sturgis, MD at MSC Sweden.

Measured in tonnes, Swedish exports of goods transported in containers to the US have increased by an average of four percent per year over the past five years. Between 2020 and 2021, US exports increased by nine percent.

”The US is Sweden’s largest export market outside Europe, and also a growing one. This direct traffic is a very welcome addition that further strengthens the Port of Gothenburg as the guarantor for Swedish industry’s access to the world,” said Claes Sundmark, Vice President Sales & Marketing at the Gothenburg Port Authority.

Through the Port of Gothenburg’s well-established railway and inland terminal system, Railport Scandinavia, the entire Swedish export and import industry already has an efficient, climate smart connection to and from the port and the new US traffic.

Fact file: Sweden’s trade with the United StatesThe USA is an important market for Swedish companies and the country’s third largest export market, after Norway and Germany. In 2021, goods worth approximately € 13 billion were exported to the the US (a 14 percent growth compared to 2020). Sweden as a country and Swedish products and services have an excellent reputation for sustainability, innovation and quality among American companies and consumers. Sweden’s imports of goods from the USA are worth € 500 million.