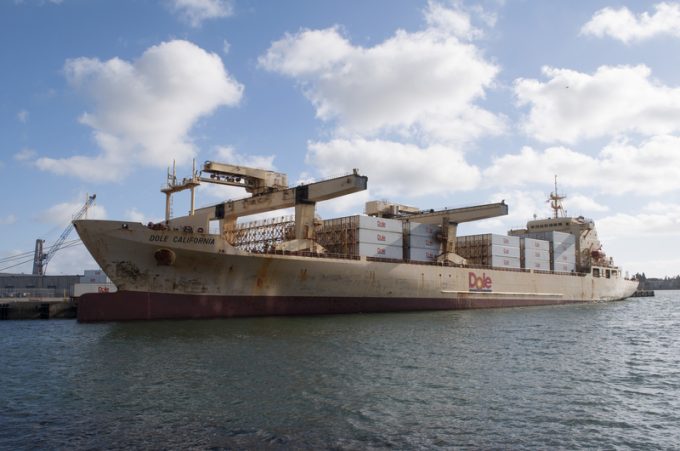 A proposed $2.5bn takeover of one of the largest fresh fruit producers, US-based Dole, appears to have failed.

Confirmation of Greenyard’s interest in Dole emerged in mid-December, a deal calculated to be worth as much as $2.5bn.

Dole’s owners, which took the company private in a $1.2bn deal around four years ago, have been looking for some kind of partial exit and in April last year filed initial public offering documents to the New York Stock Exchange with the aim of issuing some $100m of shares.

It said the IPO proceeds would be used to reduce debt and pay other expenses.

However, the lack of movement since let other would-be investors entertain other ideas about Dole’s future – hence the Greenyard bid.

If it had gone ahead, it would have created a new behemoth in the global fruit and vegetables market and had a huge impact on global cool supply chains

Hein Deprez, executive chairman of Greenyard, said: “We pursued all efforts to realise a transaction with financial and strategic merit that would have created value for all stakeholders involved – nevertheless, an agreement could not be reached.

“While the acquisition would have marked a significant milestone for both companies, we are confident that Greenyard has the right strategy and priorities in place to continue generating profitable growth and strengthening our global leadership position in fruit and vegetables.

Crucially, a takeover of Dole would have given Greenyard the option to merge its considerable landside logistics operation with Dole’s ocean fleet, one of the last still operated by a shipper as a part of vertically integrated supply chain.

According to vesselvalue.com, Dole owns 17 vessels, estimated to be worth a combined £151.75m, comprising nine containerships and six conventional reefer vessels.

The jewels in its crown are three handy-sized containerships of 1,500 teu capacity – Dole Pacific, Dole Atlantic and Dole Caribbean – delivered in 2015 and 2016 and together worth slightly over $100m.

Greenyard’s logistics operation operates 32 distribution facilities around the world and annually handles around 2m tonnes of fresh fruit and vegetables.