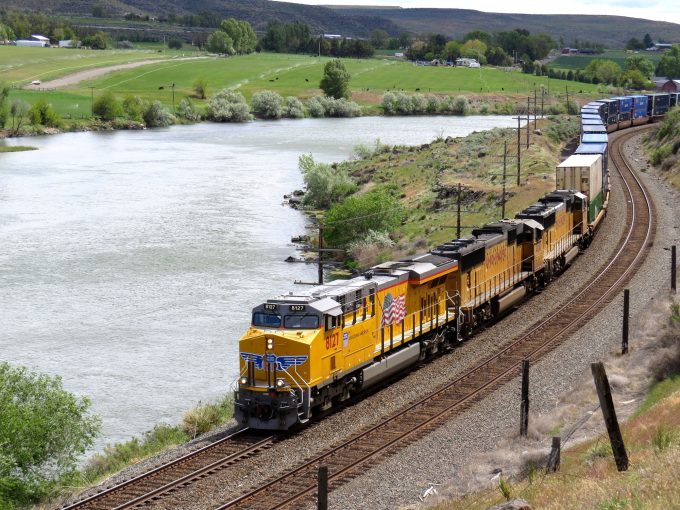 Like ocean carriers, they have allegedly raised and imposed demurrage fees to boost profits.

The authors found the railroads collected $1.18bn in fees for freight stuck in bottlenecks during the first nine months of last year, regardless of significantly increased income.

According to the report, they suspended and limited service offerings but, nevertheless, collected demurrage fees to boost their soaring profits. In addition, they managed to lower their expenses through the pursuit of precision railroading, which usually involves streamlining schedules while trimming locomotive and car fleets, as well as employee numbers.

Instead of investing in rail equipment and infrastructure, they have spent hundreds of millions on dividends and lobbying activities, says the report.

According to the report:

BNSF, which tabled a double-digit gain in net income in the third quarter, raised its rates while its operating ratio went down and its parent company spent $12.6bn on stock buybacks.

Union Pacific had the most profitable year in its history and boasted that increased fees “more than offset lower freight volume”. The report authors found that UP spent more than $10bn on shareholder handouts and almost $3.8bn lobbying on competition issues.

In September, Martin Oberman, chairman of the Surface Transportation Board, criticised the rail giants for their “pursuit of the almighty ‘OR’ (operating ratio)”. By his estimate, the industry spent $46bn more on stock buybacks and dividends than on maintenance and equipment since 2010 – investment that could have bolstered rail resilience, the authors noted.

They also indicated a stark disparity in fees and costs. According to the study, this has been a long-term trend that began well before the congestion. And before the pandemic fees had already risen 30% since 2000, whereas the rail companies’ costs only rose 3% over the same period.

However, the Association of American Railroads (AAR) dismissed the accusation that its members had raised fees to boost profits. It argued that the demurrage charges were levied for the purpose of “incentivising improved velocity of box movements to alleviate congestion and facilitate flows”. Demurrage is a tool to balance inflow and outflow in yards, it said.

In essence, the argument over demurrage charges from rail operators mirrors the clash between beneficial cargo owners and shipping lines over the same issue at ports. In both cases, complaints from cargo owners prompted Washington to get involved.

Mr Oberman wrote to the rail giants last summer asking for explanations of their billing practices, shortly after the Federal Maritime Commission announced audits of ocean carriers and their billing activities. The issue continues to loom over rail as well as the shipping industry.

No doubt the rail companies will continue to spend large sums on lobbying in Washington, while critics will argue that they ought to spend the money on service improvements.