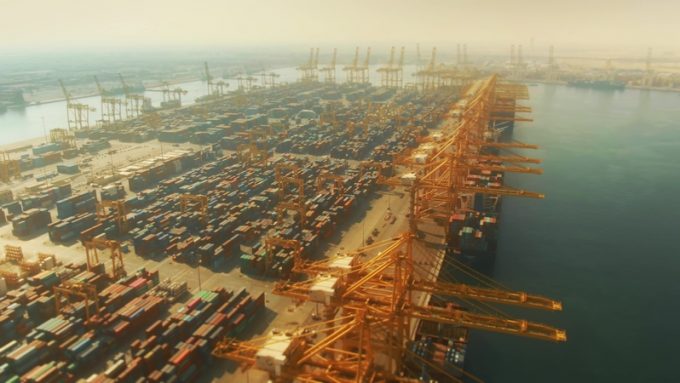 MSC has become the first major ocean carrier to fall foul of the IMO’s ban on carrying non-compliant fuel.

The 9,784 teu post-panamax MSC Joanna has been prohibited from operating in UAE waters for one year and its master banned indefinitely and facing legal action from the country’s Federal Transport Authority (FTA) after allegedly failing to comply with an order to debunker 700 tons of heavy fuel oil (HFO) before entering the Dubai port of Jebel Ali.

Following the IMO’s 2020 0.5% sulphur cap on marine fuel for ships not fitted with exhaust gas cleaning scrubber systems, a carriage ban on non-compliant fuel came into force on 1 March, allowing operators a “grace period” in order to handle the transition.

However, concern was expressed in some quarters that compliance with the IMO’s regulations could be compromised, given that the responsibility for policing the law would fall to individual member states.

Shipping lines – including Maersk and Hapag-Lloyd – founded the Trident Alliance, an industry lobby group aimed at ensuring a level playing field on the enforcement of the sulphur cap. MSC is not currently a member of the alliance.

During an IMO sub-committee meeting in London in February, draft guidelines were finalised for the verification of the fuel oil carried for use on board a ship to support the carriage ban.

It appears that the UAE is strictly following the ban on ships not fitted with scrubbers carrying HFO in their fuel tanks.

However, it is surprising that MSC allowed the owned vessel to continue trading with 700 tons of non-compliant fuel on board after the 1 March deadline.

An MSC spokesperson told The Loadstar today that it was investigating how the incident took place and was adamant that the vessel had solely been burning compliant fuel since the 1 January regulations came into affect and was now investigating why it was carrying non-compliant fuel.

“MSC is fully committed to implementing the UN IMO 2020 low-Sulphur regime and all vessels requiring compliant fuel were supplied in advance of the implementation date, including MSC Joanna.

“MSC has also made – and is still making – significant investments in the fleet with the installation of IMO-approved exhaust gas cleaning systems (EGCS).

“We are closely investigating how it came about that the traditional marine fuel for EGCS installation testing was left on board the MSC Joanna in a sealed tank during its recent UAE port calls, as EGCS installation on this vessel has been delayed several months this year. MSC Joanna has used only compliant low-Sulphur fuel since IMO 2020 came into effect,” he said.

An industry source familiar with the line’s Middle East operations said he was sure “there must have been some confusion” between the master and the port authority.

“But why the ship still had 700 tons of heavy fuel on board is something of a mystery,” he added. “I can only assume that the MSC Joanna had been earmarked to be fitted with a scrubber and that the installation had been significantly delayed, leading to the ship being pulled back into service.”

MSC was one of the biggest advocates of scrubber technology and planned to retrofit around half of its 574 ship fleet. However, the original estimates by yards for installation of six-to-eight weeks has proved widely over-optimistic, with the carrier suffering extended idle times – in the case of its 19,437 teu MSC Erica, this is now 175 days.

Moreover, since the pro-scrubber carriers with the biggest commitment to the technology, such as MSC and Evergreen, embarked on their strategy, the advantages have virtually disappeared.

Notwithstanding the unbudgeted delays at the yards, when scrubber orders were placed the difference between the price of compliant fuel and HFO stood at $200 a ton at least, meaning that the circa-$10m investment could be repaid in as little as 18 months for an ULCV trading between Asia and Europe.

However, due to the collapse of oil prices, the gap has narrowed to around $50 per ton.

Furthermore, many ports around the world have banned the discharge of scrubber wash water in their territorial waters, resulting in ships having to bunker one of its tanks with compliant fuel and engage in a complicated switch to low-sulphur fuel before entering the ports’ jurisdiction.