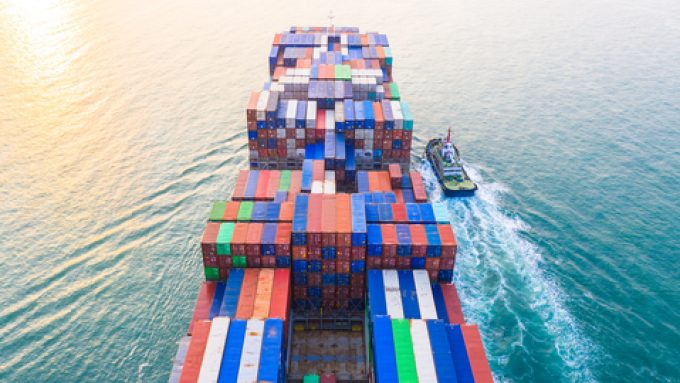 Having lost about 80% of their daily hire rate values last year, the containership charter market has now stabilised – but the outlook for the sector remains decidedly uncertain.

Charterers appear to be waiting for better demand visibility after the Chinese New Year holiday, which begins on 22 January, before reassessing their network requirements.

Brokers have reported a number of new enquiries for ships that are becoming open, but these are mostly for short periods and at rate ideas considerably below owner expectations.

There are also a number of potential ‘sub-lets’ that could enter the market, with negotiated early terminations that will add tonnage to the already over-supplied market.

“I can see more downward pressure on container charter rates coming after CNY, unless there is an immediate bounce-back in demand on some trades, or pockets of port congestion start to appear again,” a broker contact told The Loadstar.

“Charterers are already cherry-picking the most versatile, fuel-efficient and youngest ships that come back onto the market, and that means some of the older, gas-guzzling vessels will be laid up as soon as their current charters expire,” he said.

Indeed, with their earning power significantly reduced, the asset values of the ships will fall back to a parity with their scrap valuations, prompting shipowners to reconsider off-loading surplus tonnage to the breakers’ yards, rather than lay-up the vessels between sub-economic short-term fixtures.

Nevertheless, containership owners are in a much healthier financial position than for many years, coming off the back of 18 months of sky-high daily hire rates for their ships, so they can afford to send some of their fleet into cold lay-up for lengthy periods to await the expected pent-up consumer demand that generally follows a recession.

In fact, with the benefit of hindsight, owners would not have sent some younger ships for recycling in 2019, when, two years later, charterers were prepared to take these on hire for long periods at highly elevated daily rates.

Meanwhile, the multipurpose vessel (MPV) sector – which benefited from the container boom as deck space on MPVs was chartered by frustrated shippers – is facing a weaker outlook.

However, according to Drewry’s latest assessment, although MPV charter rates are expected to soften this year, they are predicted to fare better than in competing sectors, such as container and dry bulk.

In its latest Multipurpose Shipping Forecaster report, Drewry says long-term charter rates are down just 10% from their peak for the heavylift-capable sector, adding: “The reasons behind this are largely to do with the demand for these vessels and the popular mix of cargo they can lift.

“The MPV sector benefited for much of the year from spillover cargo that was a by-product of widespread supply chain disruption. As those issues have unwound, project cargo, from both the renewable and oil and gas sectors, has underpinned the loss in demand.”

Moreover, unlike the container sector, the MPV industry is not facing a tsunami of newbuild tonnage coming onto the market this year. Drewry estimates an MPV net fleet growth of just 1.2%, mostly larger vessels.