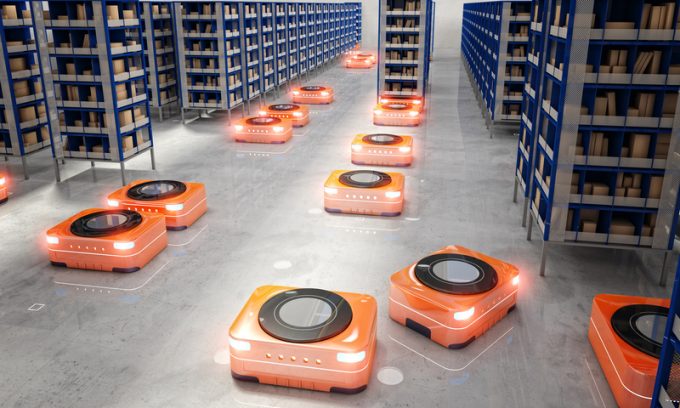 Warehousing capacity in North America is increasingly tight, raising the spectre of firms having to turn away business.

Several recent reports have sounded the alarm over an issue that has become a huge headache for shippers and logistics providers alike.

With demand showing no sign of easing and new space in short supply, the situation is getting critical.

A report on third-party logistics warehousing published by Reuters Events last month that surveyed 273 warehouse operators, most in North America, found 50% of the respondents operating at 90% or higher capacity – as many as 13% were actually beyond the 100% level of nominal capacity.

Logistics real estate giant ProLogis warned that shippers and delivery companies have to turn away business because of capacity issues.

On top of constraints to grow business, warehouse operators are also being hit by higher costs. According to a report by ProLogis in November, rent and facility costs are the top expenses in the sector,  and rents climbed on average 2.5% last year.

Moreover, labour has become tougher to find, adding to the cost pressure on warehouse operators.

Of the respondents to the Reuters survey, 41% were looking for new space, a quest getting more difficult – 27% described finding new space as their biggest challenge.

The push into residential neighbourhoods to set up fulfilment centres for online orders is stirring up opposition from communities, who cite noise, pollution and strain on road infrastructure. Resistance is also affecting plans for new warehouses in peripheral zones.

Amazon has run into headwinds near Buffalo in New York state, where it wanted to spend $325m to build a 3.8 million sq ft distribution facility. According to one report, the company is considering an alternative location after stiff opposition from local residents.

The need for more capacity is driven by rapid growth. Of the firms surveyed by Reuters, 64% reported double-digit growth last year.

The chief engine for the steep rise in demand has been online shopping boosting the need for order fulfilment services. And retailers saw a need to stock key goods to meet demand spikes triggered by the pandemic.

Both Reuters and ProLogis reports say this trend will continue this year, and likely beyond. ProLogis estimates the total e-fulfilment footprint will have to double over the next five years.

And new capacity is unlikely to keep up with this. ProLogis warned that, over the next five years, new supply of capacity in the US could be up to 140 million sq ft short of demand.

To cope with these challenges warehouses must turn more to automation, urged Melinda McLaughlin, vice-president of research at ProLogis.

“Many users of logistics space are grappling with several forces at the same time: rising e-commerce volumes; the need to hold more inventory; and shortages of available space and labour. This will drive up competition for limited space and those that act first will secure a competitive advantage.

“The ability to incorporate automation and other technology into operations can also aid in the transformation of supply chains and offers additional flexibility in location and labour.”

She added that ProLogis’ research indicated that the fastest-growing segments of automation were geared to labour productivity and concentrated in e-fulfilment operations.

Wearable devices have also been hailed as tools for productivity gains in warehouses. DB Schenker reported last summer that using smart glasses for order picking, which it had trialled in several locations, had had proved more efficient than handheld scanners.

Prologis to combine with Duke Realty in $26bn all-stock deal