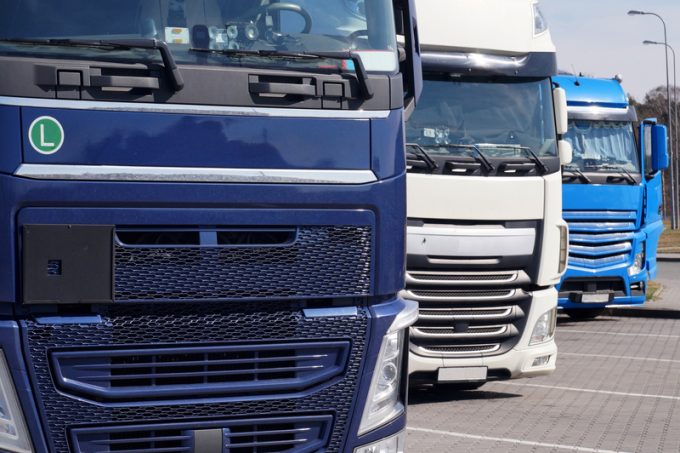 The US truckload market is giving operators and clients a bumpy ride – and they are facing volatility for the remainder of the year.

According to the latest market update by transport and logistics network provider Transplace, recent months saw a steep drop in spot rates and volumes.

To a considerable extent, that was a correction of the high level seen in January, when rates reached $3 a mile, noted Mazen Danaf, senior economist of Uber Freight, which acquired Transplace last year.

The record rate level in January was aggravated by high Covid-19 infection rates in the US, which took a toll on the available driver pool, he pointed out.

The pain for truckers is exacerbated by the soaring cost of fuel. The oil price rose dramatically in the past quarter, going from $80 a barrel to $112, with a peak of $128 in early March. And with the index at $5.60 a gallon for diesel, truckers are paying $1 a mile for fuel, noted Ben Cubitt, SVP network services and consulting.

Mr Danaf expects demand for oil to rise in the coming months, in line with seasonal patterns, but said it was impossible at this stage to make predictions about oil supply and price development.

Transplace expects high volatility for the remainder of the year, pointing to several unknowns, including seasonality, the reopening of production and shipping in Shanghai and lease defaults.

“I expect to see more of the same till the middle or end of June,” said Matt Harding, SVP data science, but he added: “If demand drops, then all bets are off.”

So far demand has held, despite inflation and the recovery in the services sector, which has been expected to result in diminished consumer spending on goods. Mr Harding and Mr Danaf believe the spot rate deterioration and volume drop in the truckload spot market does not signify a market contraction overall.

“Demand is still strong, but growth is slowing down. We’re not seeing a decrease in volumes,” Mr Danaf said.

To a considerable extent, the slump in the spot market has been a result of increased activity in the contract segment, which has seen rate inflation as a result of recent bids and the elevated fuel costs. Shippers have taken aggressive steps to attain better supply chain predictability and signed contracts – just at a time when rates were peaking, he noted.

The market is slowing down. Spending on consumer goods is still up, but the volume is levelling off, and the same pattern is visible in retail sales. Likewise, manufacturing is slowing down, but not contracting. The Institute for Supply Management’s Purchasing Managers Index is still in expansion territory, albeit at a lower level than before.

It is in particularly short supply on the northbound sector, out of Mexico crossing into Texas, which led Transplace to the verdict that Mexico was quickly turning into a carrier market, with truckers becoming more selective in choosing their customers.

In the LTL market, demand is also losing some momentum, but capacity remains tight and pricing lofty, with carriers showing strong pricing discipline, according to Transplace.

“LTL demand is starting to level off, but most networks are at, or near, capacity and have just pockets they’re looking to fill,” Mr Cubitt said.

This situation does not allow shippers to offset higher fuel costs with lower transport rates, he pointed out. Instead, they should pursue last year’s strong trend of seeking network optimisation to bring down costs, he suggested.

On a brighter note for trucking firms, their biggest headache – the driver shortage – seems to have eased, Transplace found. Since last May, 24,000 jobs have been added in the US truckload industry, 7,000 in February alone.

However, equipment supply is still constrained, Mr Danaf noted. And worse yet, lead times for truck deliveries have crept up again, mainly because truck manufacturers are declining orders to cope with backlogs. The lead time from order to delivery is 10-12 months, he said.

For more analysis on US logistics, check out this clip from The Loadstar Podcast.

In case you missed it