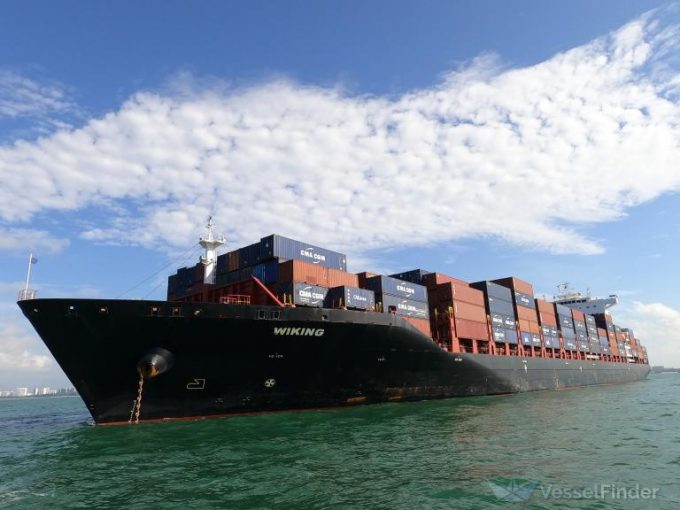 According to Alphaliner, the chartered vessel then made an ad-hoc call at Antwerp to take a full load of empty Hapag-Lloyd containers for return to China.

The consultant said the standalone Panda service would deploy four 2,750-5,500 teu ships, offering sailings every 16 days between Taicang, Ningbo and Dachan Bay in China, for Koper (Slovenia), Barcelona and Rotterdam.

Tailwind has chartered two ships, including the 4,957 teu Jadrana, sister to Wiking, for a year, and paid $110m in April to acquire the 5,527 teu Talassa. Alphaliner said the 2,751 teu Northern Volition was expected to join the service to complete the loop after its charter with Wan Hai expires, shortly.

According to Alphaliner data, a second sailing from China, by the Talassa, was offered on 26 July and the third sailed from Dachan Bay on 15 August.

German discount retailer Lidl, owned by Schwarz Group, took the decision to take direct control of its supply chain, after experiencing space shortages and rolled cargo, and set up Tailwind Shipping in Hamburg.

According to one broker source, Tailwind is paying around $50,000 a day for the one-year charters and will probably have extension options on the ships.

However, since the launch of the service, Asia-Europe ocean carriers have excess capacity from Asia and, with softer demand, freight rates are falling fast on the route.

Nevertheless, due to a backlog of slow-moving imports at the main container hubs, causing high yard density and extra wait times for berthing vessels, and industrial action by dockers at Hamburg and Felixstowe, round-trip voyage times for Asia-North Europe containerships has grown to an average of 100 days.

So, even if space is available and freight rates are lower, the economics of Lidl’s standalone service mean a round-trip of say 70 days could still be justified, in that Lidl would be able to get product onto shelves much quicker than its competitors.

Meanwhile, despite a brief rally in recent weeks of the larger sized vessels on the charter market, the daily hire rates attainable by brokers continues to fall, and the periods agreed are now much shorter.

It said: “Some owners occasionally still manage to obtain 24 months or longer for certain vessels, but this is usually driven by the ship’s specifications or for other reasons, such as the vessel’s position, opening date or drydocking status.”

Indeed, a broker source told The Loadstar owners idling their ships on spot, looking for juicy short-term fixtures, “were a thing of the past”.

“Owners just want to get as long a period under their belts as they can, while they can,” he added.