News / Latest newbuild ULCVs could be even bigger: introducing the Megamax-24 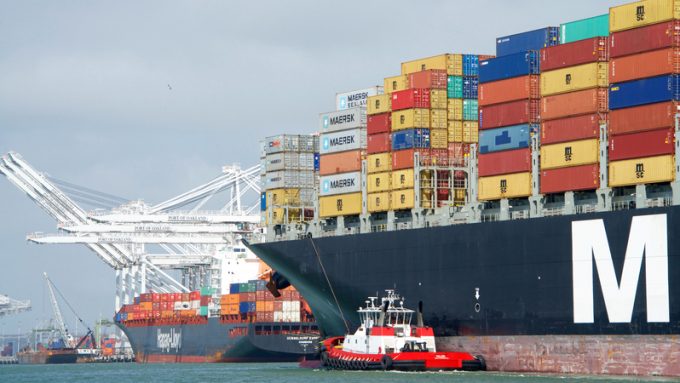 According to Alphaliner, the order specifications from both carriers include options to enlarge the ships by extending their breadth to accommodate a 24th row of containers on deck.

It said that while their length would still be around the 400-metre mark established with Maersk’s Triple-E class ships, the width is likely to be widened to 61.4 metres.

Alphaliner dubs these next-generation ships Megamax-24 (MGX-24) on account of the 24 container bays, 24 deck rows and the 24-container stack height of 12 boxes in the holds and up to 12 on deck.

However, Alphaliner added that the actual number of boxes carried could be lower, due to cargo weight and port draughts.

It said:“All these nominal intake numbers assume ‘perfect’ conditions when it comes to factors such as container mix and weight. As with most containership types, the achievable maximum loads under real-life conditions will be notably lower.”

Interestingly, CMA CGM and MSC have reached a different conclusion on the propulsion of their newbuilds.

The former has opted for LNG-only, while MSC has decided against gas power in favour of an exhaust scrubber solution to comply with the 0.5% sulphur cap regulations coming in 2020.

CMA CGM group chief executive Rodolphe Saade said yesterday: “We have made the bold decision to equip our future 22,000 teu vessels with a technology firmly focused on the protection of the environment. By choosing LNG, CMA CGM confirms its ambition to be a leading force in the industry in environmental protection by being a pioneer in innovative and eco-responsible technologies.”

UASC was the first carrier to order LNG-ready ULCVs back in 2014, when bunker prices were topping $600 per tonne, but with the subsequent slump in oil prices the LNG option was removed from newbuild specifications.

However, with increasingly tough emission restrictions on their way and the recent surge in oil prices, shipowners are now reinvestigating propulsion options.

As well as the reduced bunkering locations for LNG-powered vessels, the number of container slots that have to be sacrificed to house the gas tanks is another factor that has until now deterred carriers from the “bold decision”.

Indeed, according to Alphaliner’s model, a typical MGX-24 containership would need to allocate around half of one hold to house the LNG tanks – equivalent to some 500 teu of paid cargo slots.