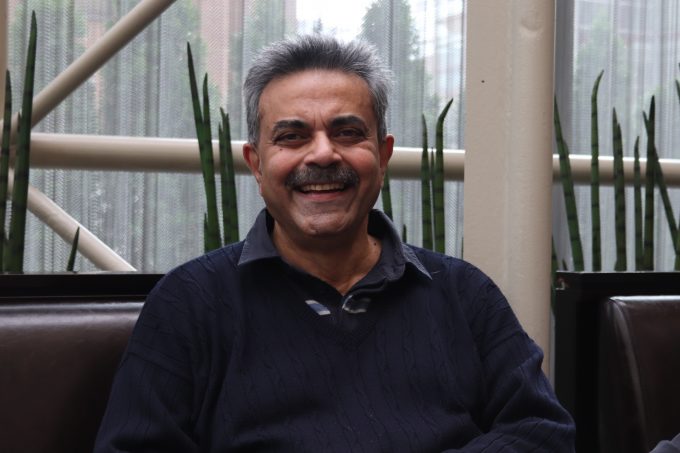 Tushar Jani is a visionary – and he has been for the majority of his long and successful career.

He remains, with his two co-founders of Blue Dart, the only person to have launched a successful freighter airline in India.

But Mr Jani is also group chairman of Cargo Service Centre (CSC) India, the market leader in cargo handling in India, with more than 2,000 employees and airport warehouses in six cities,  including Delhi, Mumbai and Chennai, offering a variety of services with a focus for the future on pharmaceuticals.

But what separates Mr Jani from other entrepreneurs is his focus on the people he employs. CSC’s philosophy is: “A happy staff and satisfied customer is our business strategy and has led us to good profit. Our people are our greatest strength, and we focus greatly on the enhancement of their skill and talents.”

He isn’t just paying lip-service to a nice-sounding philosophy. Over breakfast in Toronto last month, Mr Jani explained that management at CSC had selected 150 of its youngest, least-skilled workers for a special programme.

“We pay for their education, school and college. And by 2025, I want the chief executive to have been among the lowliest workers here. He’ll be the best leader, because he’ll have worked from the bottom up. And another 40 will be managers.”

He added that this already happened: the head of air and sea logistics began his career as a dispatcher.

Mr Jani is all too well aware that India has a large labour market that needs employment – and yet he is happy to embrace technology with all its automation; he sees no conflict.

“There needs to be a human face of technology,” he explains. “You need a human interface, a human to understand the tech; the technology is not the driver.

“Look at FedEx, it spends on people and technology. If you think technology will take labour out of transport, you’re very much mistaken. Transport needs people.”

He points to the increasingly large ecommerce sector: “It can’t survive without people – someone has to bring the parcels. Yes, there are things like drones, but for that, security is going to be the biggest issue.

“Transport is emotional, it needs a human touch. You are not just carrying goods, you are carrying someone’s life. Logistics is a piece of theatre.”

Of course, the most theatrical logistics are in India – the famously accurate Mumbai dabbawalas, who deliver some 200,000 lunch boxes from homes to workplaces every day, and then return the empty boxes.

Mr Jani points to Blue Dart too, which carries two million pieces every night, delivering to 38,000 postcodes, with 99% efficiency – “That is a piece of art,” he says.

Along with people, improvisation is key, he says, to logistics. When he began his courier company, there was a shipment loss rate of 38%. Improvising and innovating cut that down to 3% in a short time.

“Multimodal is the name of the game. Integrators are winners because of that; they improvise, and they innovate,” he said.

But he sees so much more than can be done: “In logistics we have not marketed well what we do. We have not focused on training, it can challenge physically and mentally.”

But mostly, he finds, the logistics industry has been short-sighted about its future.

“In transport we like to make money – but we do not spend it, or invest. How many people have put their money back in? The pharmaceutical industry puts 20% back into research and development. What have the airlines put in, when they make money? They take everything for granted.”

He reserves special condemnation for the larger companies and richer entrepreneurs that share a lack of vision.

“Look at Maersk and its profit versus investment. Years ago I told the CEO that if no one knows Maersk, the brand has zero value. Why not have a kiosk on every corner, with a Maersk man? The company was not confident enough to do it. It’s got money, but there’s a lack of vision and leadership.

“I respect [FedEx founder] Fred Smith for what’s he’s done – he raised money, and he borrowed. But he is not contributing back to the industry that made him what he is.”

Mr Jani has greater respect for the technology titans: “Bill Gates, Steve Jobs, they are people who led, and who created. Someone could create the Google of the supply chain – everything is about a platform.

“But in logistics we are so transactional. Customers are now getting into our business. And people are not reacting. Shippers will use Amazon’s platform to do their freight. So you’d better be a better transporter.

“Eventually it will come to no inventory, manufacturing will be as you need it. Nobody is thinking about this.

“Who is mentoring the ideas? All the leaders should come together, people like Richard Branson, Elon Musk – they can put $600m together for someone to do something. What is $100m each to them? Try 100 things, 99 will fail, one will succeed. And it’s much easier to get money now. When I started Blue Dart with $1000, we were given 27% interest rates. Now it’s easy.

Yet this gentle man, full of ideas, claims he’s not frustrated.

“I find it interesting, rather than frustrating. I am a very optimistic guy. I am sure someone will come out and take the lead. I know it will come. It’s the oldest industry in the world, but one of the slowest to adapt and wake up.”

And he points to Jeff Bezos as another example of someone thinking big. “He is spending. His idea is to send manufacturing onto other planets and moons. What with pollution on earth and global warming, there’ll be less and less manufacturing on earth.”

He believes in his CSC philosophy – that success and vision will breed success.

“I’ve got nothing to lose, nothing to gain. This sector has rained fortune on my family and it’s time to give it back. The money doesn’t multiply – the ideas and people do, and the money will follow.

“We are a very self-centred society, but the moment you start sharing, it improves.”

And with that, breakfast is over. We return, humbled, to the mundanity of an air cargo exhibition where vision like this seems, frankly, rather muted.