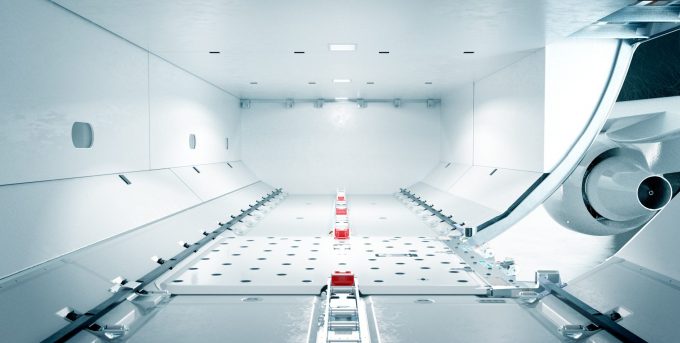 Lufthansa wants to take a more flexible approach to bellyhold cargo with its narrowbody Airbus fleet.

The German carrier is the launch customer for a new modular loading system for A320 and A231 aircraft unveiled by Telair International, a German technology firm.

The system comprises pre-assembled floor modules that can be reconfigured for different types of cargo, which allows reconfiguring the bellyhold of an A320 or A321, within hours, from bulk to containerised cargo, or vice versa.

Telair chief executive Marko Enderlein said: “Our engineers have been pushing the idea of a modular and reconfigurable cargo system for quite some time.

“As the aerospace market continues to grow strongly, and airlines are being increasingly challenged to be flexible to varied loads, the time had come to develop the modular cargo loading system. We are certain it will be a difference-maker.”

The system is designed for both post-delivery modification or retrofit conversion of planes in the A320 family.

Telair is targeting airlines as well as leasing companies and conversion outfits with the new offering. It claims leasing firms can benefit from an increase in aircraft residual values, as they “will not be bound to historically driven lower deck cargo compartment utilisations”, but can offer long-term flexibility.

Lufthansa has taken the lead in the adoption of Telair’s system with an order for more than 100 units. A spokesman for the airline called this part of the carrier’s initiative to develop “a more agile” A320 fleet across the group “with a single common definition”.

He added: “The fast reconfiguration of the aircraft, agility in the Lufthansa Group, is a central element for modern fleet steering. The aircraft can quickly be adapted to market conditions and the operational profiles of the group airlines.”

He said the main benefit of the system lay in the ability to change cargo hold configuration from bulk to ULDs, and vice versa. As a bonus, the material used in the system generates up to 20kg in weight savings.

The system has no impact on overall cargo capacity in either configuration. Lufthansa’s A320-200s have seven ULD positions and can carry up to 1,750kg, while the A321-100s can take 10 ULDs and a maximum weight of 2,830kg.

The installation of the Telair systems will be carried out over six years, beginning in the second quarter of next year, following system certification, which is scheduled for Q1. The first units to be equipped with the new system will be in the Austrian Airlines fleet, as the Vienna-based carrier is currently flying used planes that do not have a cargo loading system.

Work on aircraft in Lufthansa livery is due to begin in September 2020, and aircraft of Swiss will be retrofitted from 2021.

Air Canada says it will be watching the revamp of the LH Group’s narrowbody Airbus fleet with interest.

“I think this has some good applications,” said Tim Strauss, vice-president of cargo.