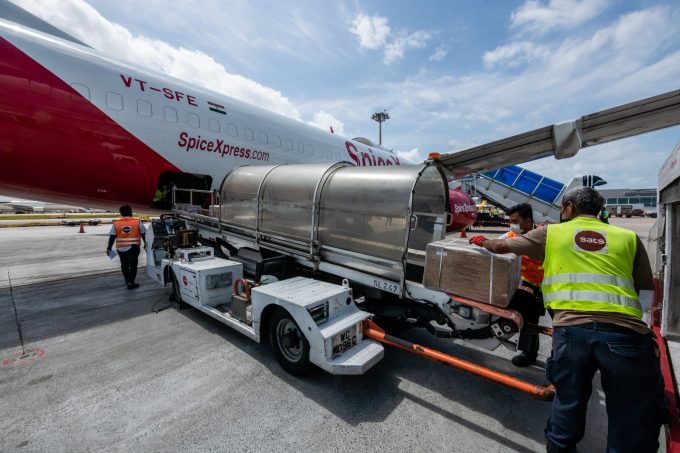 Indian airline SpiceJet has launched a scheduled freighter service to Singapore, cementing its place as the country’s largest cargo carrier.

Operated by cargo arm SpiceXpress, the twice-weekly B737F will run from Bangalore, Chennai and Mumbai, carrying cargo such as humanitarian goods, medical supplies and perishables.

While the scheduled service is new, SpiceXpress has been operating charter flights to Singapore since the onset of the Covid-crisis, according to Changi, which noted the airline had operated 230 freighter and pax-freighter flights between April and December.

Indeed, SpiceXpress has undergone a rapid expansion over the past year, enjoying the hangover from the grounding of passenger flights and sudden focus on freight, especially medical supplies, perishables and, more recently, vaccines.

For example, with 19 cargo aircraft, including five widebodies, the carrier claims it can handle up to 600 tonnes a day, making it India’s largest cargo airline.

Sanjiv Gupta, SpiceXpress’s CEO, said: “This strategic move will help SpiceXpress build its network in South-east Asia. Singapore is also well-positioned as a springboard for us into other markets such as Europe and Australia.”

There are four other airlines operating cargo flights between India and Singapore, Changi noted, while Emirates, IndiGo, Singapore Airlines and Sri Lankan Airlines have each operated pax-freighter flights.

However, Sundreysh Sarup, MD of air cargo specialist Logistics Plus India, said the move to launch a scheduled service could be a timely fillip for SpiceXpress.

“They’re striking while the iron’s hot,” he told The Loadstar. “The Singapore segment is an interesting route as most eastern carriers, including Singapore Airlines, are not operating [scheduled flights] due to Covid-19.”

Moreover, Mr Sarup was pleased SpiceJet had emerged as India’s “lone [non-express] freighter operator”, since Air India’s absence in the market had led to the global carriers “taking up all the India-origin cargo”.

He added: “With SpiceJet’s in-country network, it can offer extensive deliveries covering most destinations.”

Meanwhile, there’s been little let-up in the high freight rates for India’s air cargo. Mr Sarup said the majority of the country’s bellyhold capacity was still out of action, with only a few passenger ‘bubble’ flights permitted so far.

“Therefore, the squeeze on freighter operators’ capacities will remain, giving them higher yields,” he noted.