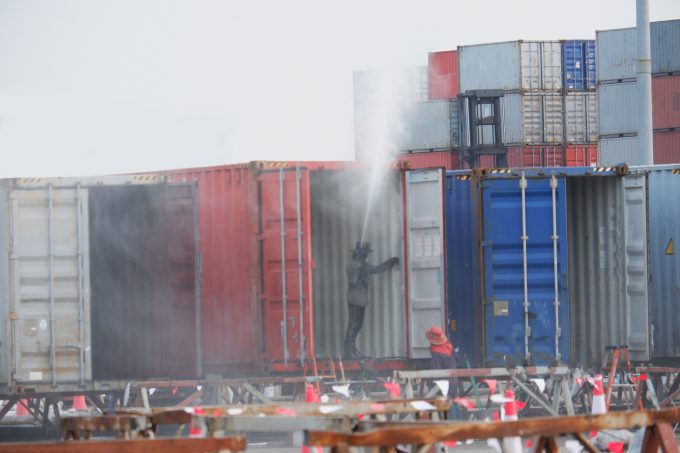 Regulations requiring import containers from 40 countries across Europe, Asia, the Middle East and Africa to be treated to prevent the migration of Khapra beetles into Australia will be enforced from today.

Certain containers from 40 designated countries, listed by Australia’s Department for Agriculture, Water and Environment (DAWE), that will be unpacked in in grain growing regions of Australia will need to be treated either using methyl bromide, heat treatment or pesticides, and to be issued with a valid certificate before leaving the port of export, from 12 July.

Khapra beetles can devastate indigenous crops and economies if they get a foothold in a country and the new measures have been designed to prevent that migration from taking place.

According to the Global Shippers’ Forum (GSF) the system now being implemented by Australian authorities could act as a type of pilot project to developing systems to prevent the spread of many other invasive species that have been identified.

Senior GSF executive James Hookham told The Loadstar that the push to tackle the threat posed by invasive species will increase, and that the industry will need to find a way to meet the challenges in combatting the spread of unwanted guests hitching a ride either in or on containers of all types.

Some 220m containers are transported globally every year and the potential for disruption of supply chains because of the need to clean boxes could prove costly as well as time-consuming, slowing supply chains down.

The carrier representative, the World Shipping Council, estimates that the costs associated with cleaning containers could cost the container shipping industry up to $20bn per year.