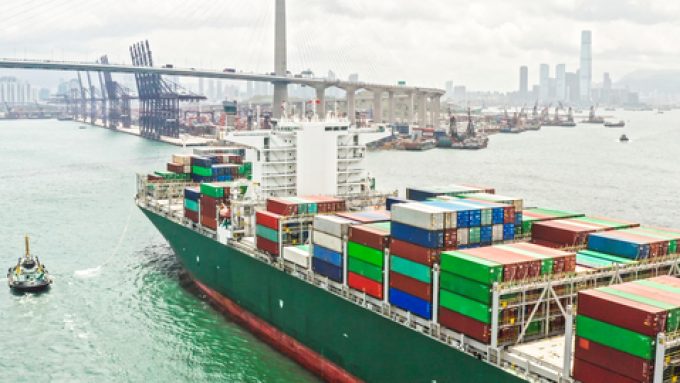 Hong Kong’s container volumes fell by over a million teu last year, pushing the transhipment hub down to eighth place in the global container port rankings.

By comparison, Shanghai maintained its top position with a 3.1% increase in volumes, to 43.3m teu and second-place Singapore’s volumes increased 1.6%, to 37.2m teu. However, volumes at Qingdao leaped by 8.7%, to 21m teu.

Sunny Ho, executive director of the Hong Kong Shippers’ Council (HKSC), said the port was the only one in the top 10 with negative growth last year. But he he told The Loadstar: “Although the growth figures of Shenzhen, Singapore and Busan were also far from impressive.”

“The PRD is undergoing a transformation,” he said. “For example, while Shenzhen and Guangzhou are now leading IT centres, not only in mainland China but on a global scale, traditional labour-intensive and low-value manufacturing activities in the delta are fading.”

It was a trend that started back in 2005, Mr Ho noted, and the US-China trade war had accelerated the shift.

“The diversification of manufacturing facilities from the PRD to the ASEAN region, especially Vietnam, Thailand, Malaysia and South Asia, and even Africa, is expected to continue this year and beyond.”

Furthermore, he said, while the majority of Hong Kong’s port throughput was transhipment cargo, a large portion of it consisted of ‘river-to-ocean’ transhipment originating from the western region of the PRD.

“These cargoes are, essentially, export cargo from the PRD, except that they are carried by river vessels instead of trucks,” he added.

“Hong Kong shippers are of course concerned about connectivity and capacity available, but with a throughput exceeding 18m teu, the port is still one of the busiest in the world. The biggest impact is to the container terminal operators, their subcontractors and, to some extent, the shipping and freight forwarding industries.”

“Although there are concerns from a competition angle, the alliance should have the impact of improving operations efficiency for both terminal operators and shipping lines,” said Mr Ho.

His immediate concern is with changes to carrier schedules, however.

“A major area for attention lately is the large number of blank sailings, with freight rates being jacked up substantially,” Mr Ho said. “The trade is expected to enter its slack season from February, and freight will drop quickly despite the reduction in supply.”