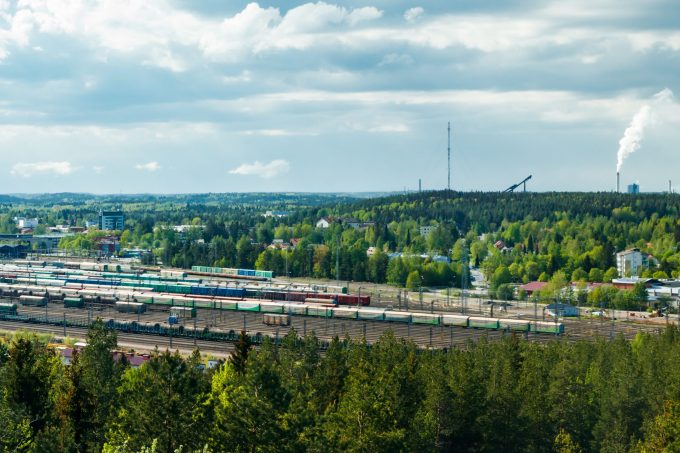 Finland’s state-operated train company, VR, yesterday stopped passenger and freight trains to and from Russia, cutting a key tradelane between it and Scandinavia.

VR Transpoint, VR’s freight subsidiary which runs cargo between Russia and Finland, suspended the reception of freight trains from Russia at noon yesterday.

Cargo includes Finnish exports of logs and other forestry products, as well as the exchange of containers, ore trucks and tank cars. The move also cuts off routes for Freight One Scandinavia, which moves rail traffic between Scandinavia and the Far East.

“The continuation of freight traffic between Russia and Finland is no longer possible because of the sanctions imposed on Russian Railways (RZD),” said Martti Koskinen, SVP of VR Transpoint. “VR Group is obliged to comply.”

Allegro-train has served as one of the last remaining options for Finns leaving Russia after the suspension of air traffic. However, passenger traffic has slowed to a trickle.

VR Transpoint moves around 37m tonnes of cargo a year and freight traffic between Finland and Russia accounts for about a third of this. The Covid-19 pandemic had relatively small impact on freight traffic during 2021.

The move represents another turn of the vice on Russia by Europe, as on-and-off protests in Poland periodically block trucks from crossing the border, generating tailbacks of more than 10km.

Meanwhile, at the other end of the Trans-Siberian railway, Chinese operators have reported a 40% drop in uptake for Europe-bound cargo, and are offering financial incentives to drum up business, including offering to cover war insurance costs for shippers, as well as 20% discounts on rates.

Another month, another new container rail service for Russian rail and logistics operator RZD, with ...

A new report calls on the UK government to increase support for the country’s rail ...