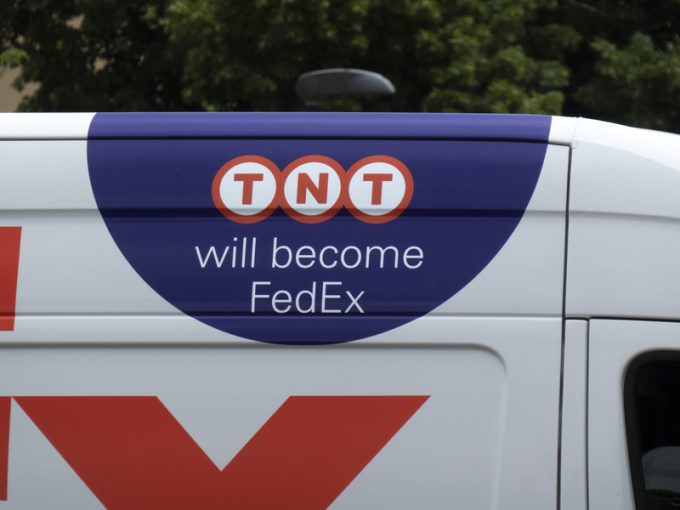 The completion of the integration of TNT this spring was “a truly capstone moment” for FedEx in Europe, where it has traditionally lagged behind major rivals DHL and UPS, according to a senior executive.

“Fundamentally, we weren’t able to compete effectively, because we didn’t have the cost profile or the value proposition to take to the market. What TNT did was unlock the scale we need. To put it in context, when we acquired TNT, we immediately gained market share, for example, in the intra-European economy market and multiplied that share by five times.

“And to give you an example of why scale matters, if you look at the road network, TNT had an expansive network, whereas FedEx’s was relatively ‘skeleton’ and that meant that TNT could operate at more than half the cost of FedEx. Scale really does matter.”

On the integration, Ms Reddington (above) said FedEx had always known it was “never going to be simple”, with two businesses operating in the same space and would require a multi-year effort.

“We had to take these two portfolios and streamline them. We had to modernise our IT infrastructure and deliver new IT capabilities. And of course, we had to bring our people together – tens of thousands of team members.”

“We’ve brought together the two air networks and created one that is more extensive than either as standalone; we now serve almost 70 flight points. We do that at jet speed, with 10% more capacity but with 13% fewer flights a week. Because we’ve got a more extensive network, we’ve been able to improve our next day coverage and our new delivery coverage.

“And this isn’t just a story about purple tail integration. We’ve also enabled operational capabilities at the major commercial gateways across Europe. This means we can operate both purple and partner tail networks, absolutely vital to enable us to have the flexibility to scale up or down no matter the external environment.”

She did not mention the cost of the TNT integration nor the job cuts it entailed. In January 2021, FedEx Express announced plans to lay off between 5,500 and 6,300 staff in Europe as it merged the two air networks. The express giant is now operating a ‘dual air hub’ model in Europe, with Paris Charles de Gaulle as the main hub and Liege as a secondary.

FedEx said at the time: “We expect the pre-tax cost of the severance benefits to be provided under the plan to range from $300m to $575m in cash. These charges are expected to be incurred through fiscal 2023 and be classified as business realignment expenses. We expect savings from the plan to be between $275m and $350m on an annualised basis, beginning in fiscal 2024.”

Meanwhile, TNT’s extensive road network has given FedEx a “commanding position” on the ground.

“We are the only carrier in Europe that offers both a parcel and freight network. This is a unique proposition. And this network goes all the way from Turkey in the east through to the tip of Portugal. We can reach the major European centres in less than 48 hours.”

The combined FedEx-TNT network is a “key enabler… a foundation for what we’re about to deliver”, said Ms Reddington. “It has primed us to be able to connect our customers with commercial capabilities that we’ve never had before in Europe.

“Let me start with intercontinental. We are still the fastest next day service to the US. but we’ve extended this offering. If you’re a customer in Europe you have choice. You can get an early cut-off for the 10.30pm delivery we’re famous for, or you can go end-of-day in Europe and deliver by end-of-day in the US. Nobody can beat this offering,” she claimed.

“We can now fly in intercontinentally on purple or partner tail and move onwards in Europe, either by purple tail flight, or inject into the trucking network. This means we can we move the right product in the right network at the right cost.”

Ms Reddington concluded: “With integration behind us, the European team is laser-focused on profitable growth. We will continue to offer and optimise across this business. And all up, we will deliver $400m to $600m in benefits by FY 2025. Fundamentally, we have the right scale, the right network and a powerful portfolio that means Europe can absolutely commit to our part of the express ambition.”