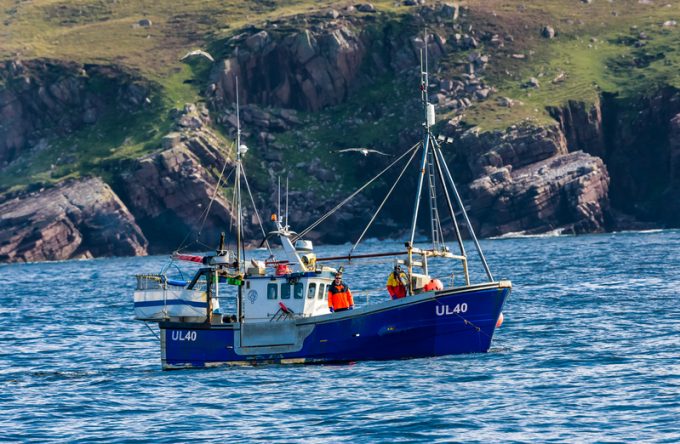 In a letter to businesses on 10 December, seen by The Loadstar, Mr Eustice confirmed that exports of live bivalve molluscs (LBMs), including clams, oysters, cockles, mussels and scallops, would be prohibited from some UK waters post-Brexit.

However, he told the the Environmental, Food and Rural Affairs Committee the EU changed the law in February this year.

Mr Eustice and his department, Defra, were accused by a committee member of showing a “lack of understanding on the practices and relevant regulations” surrounding shellfish, leading to a collapse in exports of live bivalve molluscs from UK waters.

Mr Eustice responded: “The EU changed its EHCs [export health certificates] in a manner that basically ends a trade it said could continue… it’s not that we don’t understand the law, but rather the EU has changed the law, and only announced this change on the 3 February.”

However, it appears what Mr Eustice called  “change” was a clarification that, as now a third country, UK LBMs from Class B waters would not be permitted for depuration in the EU (a process by which shellfish are held in tanks of clean seawater to cleanse them of impurities).

Mr Eustice himself made the UK industry aware of this on 10 December, in a letter noting “exports of wild harvested [LBMs] from Cat B waters for depuration in the EU will be prohibited, as there is no EHC suitable for them”.

A spokesperson for Defra told The Loadstar that, rather than the department getting it wrong, the EU had in fact altered its position.

“The legislation was clear that the export of live bivalve molluscs from Class B waters for purification could continue after the transition period… our correspondence with the commission confirmed this,” said the spokesperson.

“Effectively it has changed the law to justify its position in blocking the trade, causing impacts for businesses on both sides.”

However, legislation pre-dating Brexit says LBMs from Class B third country waters are prohibited from the EU unless they have been cooked or depurated.

Mr Eustice was reminded of this by EC member for health and food safety Stella Kyriakides on 10 February.

She told him in a letter: “Since the end of the transition period and, as provided for in the withdrawal agreement, the UK is no longer bound by EU law. Hence, the import of live bivalve molluscs from Great Britain into the EU is subject to the conditions applied to any other third country.

“This is the reason why the above trade is no longer possible. This was rightly pointed out in your letter updating [UK businesses] on the border operating model and specifically on prohibitions and restrictions applicable following the end of the transition.

“In your letter, you correctly underlined that the export of live bivalve molluscs from Class B production areas for further depuration in the EU would not be allowed.”

Defra has yet to respond to requests from The Loadstar to clarify these inconsistencies.