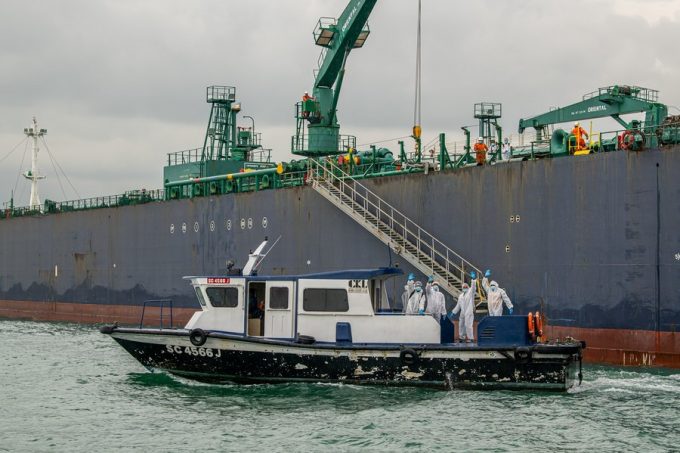 It said that, following months of travel restrictions and government inaction in facilitating crew changes, from today 200,000 seafarers could refuse contract extensions and demand repatriation, a move which would be “highly disruptive to global trade”, added the ITF.

Seafarers’ section chair Dave Heindel said: “Some seafarers have been onboard for more than a year, and over the course of this pandemic many have been prevented by governments from coming ashore, even for a walk, and, alarmingly, been refused emergency medical care.”

ITF president and dockers’ section chair Paddy Crumlin added: “Enough is enough. We have to draw a line in the sand, and today is the day that we make it crystal clear to governments, that seafarers are going to start enforcing their right to stop working and to return home. No more contract extensions.”

According to ITF general secretary Steve Cotton, governments should make practical exceptions to coronavirus restrictions and allow seafarers to transit their territories.

“A few small changes by national governments would allow seafarers to get home and be relieved by a fresh crew,” said Mr Cotton, adding that the ITF would do everything it could to assist any seafarer who wants to leave a ship.

“If getting seafarers off these ships causes chaos in supply chains; if ports back up from Singapore to San Francisco; and if this causes ship insurance providers to pull their coverage and global trade to grind to a halt; then that is on the heads of politicians, not the world’s seafarers.”

As well as government inaction, some seafarers are claiming shipping companies have failed to act.

“We must refuse any extensions and call authorities to pressure shipping companies,” one deck officer said. “Most of them are hiding behind Covid-19 and don’t even try to make crew changes – even in the countries where it’s allowed – because to do so is expensive, due to restrictions.”

However, according to one ship management firm: “The problem here is not the shipping companies, most of which have shown intent and enterprise to get things moving, but governments who keep sabotaging their plans.”

A spokeswoman for Hapag-Lloyd told The Loadstar the carrier was doing “whatever it can” to realise crew changes.

“We are fully supporting our crews and do not leave anything undone,” she said. “We also believe that the vessels are the wrong starting point – its really the countries and port regulations that make crew changes very difficult.”

And the Maritime and Port Authority of Singapore (MPA) said on Friday that 4,000 crew changes had been made for over 300 companies since 27 March. MPA said it had created procedures for a “safe corridor”, which allows for crew changes while minimising public health risk, recently facilitating two charter flights to allow Indian crews to swap over in Singapore.