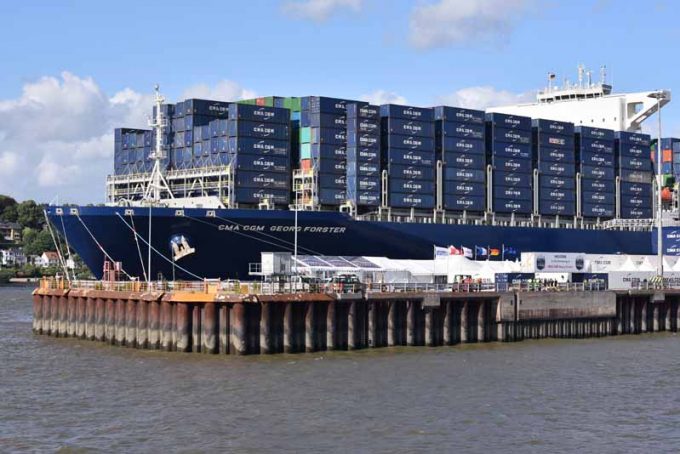 CMA CGM will levy a cancellation fee on European shippers and forwarders that do not deliver their containers for booked services to Indian subcontinent, Middle East Gulf and Red Sea ports.

In remarks that echo some of the problems carriers were having with space on the eastbound trades out of Europe, the French carrier said “no-shows” were preventing it serving other shippers.

“CMA CGM has been facing a large number of shortfalls due to late cancellations preventing us from accepting bookings on behalf of other valued customers,” the company said in a statement.

The line says it will apply a $150 per teu cancellation fee on all equipment types, except reefer containers, from 1 June on applications to cancel or transfer a booking made less than seven days before the sailing date.

The fee will also apply to no-shows and will be applied to the party that made the booking – principally freight forwarders.

Container no-shows appear to have become a growing problem for carriers. At the recent TPM show in Long Beach, Hapag-Lloyd chief executive Rolf-Habben Jansen told The Loadstar some 25% of bookings never appear at its ports of loading.

“It becomes very difficult to constantly have conversations with shippers over pricing when you know that a quarter of the containers won’t even show up. That conversation needs instead to become one about quality,” he said at the time.

The no-show issue is also being addressed by the New York Shipping Exchange (NYSHEX), which estimates that no-shows cost the industry $23bn a year in additional costs, and has developed a new contract arrangement for carriers and shippers to arrange ocean freight bookings.

Michael Erlich, professor of finance & economics at New Jersey Institute of Technology, told TPM delegates a lack of “incentives” for buyers and sellers of freight to behave properly was more of “market failure” than simple overcapacity.

Currently NYSHEX is focused on the transpacific trade, but there are plans to expand its service to other trades, starting with Asia-Europe.

In March, NYSHEX received $8.5m in a second round of venture capital funding led by Goldman Sachs.

NYSHEX chief executive Gordon Downes said: “Five of the top ten global ocean carriers are actively engaged on NYSHEX; and leading shippers and forwarders are joining daily. By mid-year we will be fully operational within the transpacific trade and by end of year we intend to be working collaboratively with our members to expand into Asia-Europe.”

Hapag-Lloyd has categorically denied that its vessel, the 21-year-old Rotterdam Express, dragged its anchor onto ...