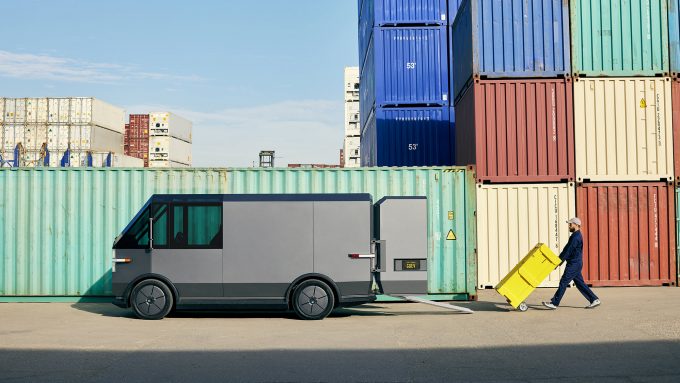 A nascent coalition of final-mile providers to the parcel sector is aiming to change the landscape in the US as a nationwide alternative to the integrated carriers.

The Frontdoor Collective is a network of franchised final-mile operators with common service standards offering same-day and next-day services.

And the new collective has more than a strand of ‘Amazon DNA’ in its set-up: to begin with, it is largely composed of providers participating in the e-commerce giant’s Delivery Service Partners (DSP) scheme for final-mile service.

Over the years, this has grown to about 2,500 operators (small firms to one-man operations) involving some 150,000 people.

The four co-founders of the Frontdoor Collective have all performed deliveries for Amazon under DSP, and its two CEOs are former Amazon executives – chief strategy officer Penelope Register-Shaw joined the e-commerce firm in 2016 to run the DSP scheme.

There has been a lot of frustration among DSP operators: Amazon has claimed they can take up to $300,000 in revenue a year, but operators have complained that the number of routes and trucks used has been capped, curtailing revenue, and returns have declined over the years.

However, the Frontdoor Collective is not designed to compete with Amazon. Operators are free to keep existing contractual relationships.

They join the franchise paying a set fee, but maintain their autonomy and existing contracts – if they choose to, they can take an equity stake in the venture.

While they retain their operating authorities, all franchisees commit to comply with the standards of the organisation, which provides uniforms and branded van rentals where required, gives support for technology and marketing and aligns with partners like electric vehicle providers.

Here the Frontdoor Collective has teamed up with manufacturer Canoo and has committed to take 10,000 electric vans by 2024, the first due to arrive in the second half of 2023.

After months of preparation, the Frontdoor Collective was unveiled last Thursday, with more than 100 DSPs on board. The founders aim to grow this to about 300 by the year end.

According to them, the new outfit can deliver one million packages a day. This is a far cry from FedEx and UPS, which handle about 20 million daily, but it does provide some much-needed capacity in an extremely tight market. By UPS’s estimates, this peak season will see a shortfall of five million packages a day in capacity.

Should the big integrators feel concerned about the new competition? Dean Maciuba, managing partner North America at Last Mile Experts, sees little cause for concern: “It is only a last-mile service, so not a threat to the integrated carriers. However, it does say something about the Amazon DSPs not being happy.”

The current market certainly encourages new competitors to join in the action. The Frontdoor Collective is not the only new contender in this space. Start-up Veho Tech uses gig drivers to scan packages with their cell phones and deliver them in their own cars. At every stop they take a photo of the delivered package and check an app for new instructions.

The company’s footprint has grown from three major cities in January to ten and management aims to double that by the end of the year.

The race for faster deliveries to consumers is running out of steam – thanks to ...