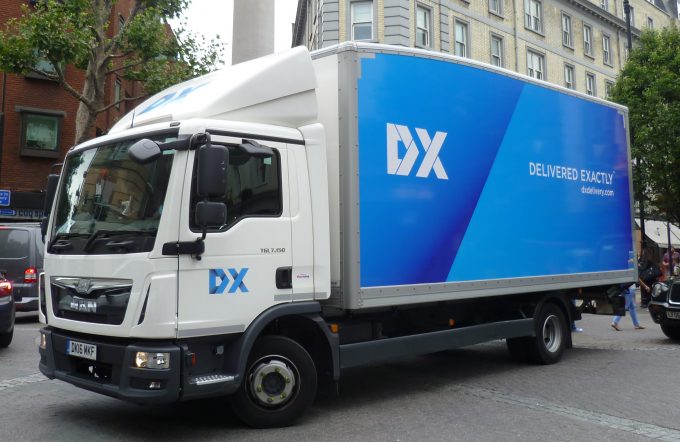 A £2.5m loss in the six months to December has done little to dent confidence in DX Group, as investors seem happy with the new direction taken by the management team.

Compared with the same period in 2017, when DX recorded a £4.4m loss, the team led by chief executive Lloyd Dunn managed to cut the drop by more than 43%.

The loss in 2017 was part of the reason the company’s largest shareholder, Gatemore Capital, had wanted rid of the previous management regime.

And it seems the installation of Mr Dunn in late 2017 proved the right move for investors, said Gatemore’s chief investment officer, Liad Meidar.

“We are pleased by today’s results, which are a further sign that DX Group is heading in the right direction,” he said. “We remain confident in management’s ability to implement its plan to deliver long-term growth.”

Although profits dropped, the company saw revenue climb 7% to £157m, and it managed to stem the once double-digit attrition rate in its DX Exchange business.

Chief financial officer David Mulligan told The Loadstar getting the loss-of-business rate down to 8% was indicative of the changed focus and mentality now guiding DX.

“Our predecessors in the management positions simply accepted the slowdown in DX Exchange,” said Mr Mulligan. “What we did was to curb this and put in place a dedicated management team to achieve this, as Exchange accounts for around one-third of our wider express business.”

Looking forward, Mr Mulligan did not believe the company would close this year in profit, but forecasted “just a loss”, rather than a substantial loss.

And he expects the next financial year to see the company back in profit, once it has had a full year of working with the new operational improvements.

“Our key shareholders have been very supportive of the changes we have sought to implement,” Mr Mulligan said. “It’s important to remember these results are covering a slow period for us, because, with the bulk of our business being B2B, many customers close down for the Christmas break.”

Among the changes by Mr Dunn and the team is a fleet renewal programme, with old 3.5 tonne trucks being replaced by 7.5 tonners. This, Mr Mulligan explained, would allow the company to win more business from B2B customers and improve the efficiency of deliveries and hub operations.

“Of course, we are facing the same driver issues as the rest of the country, but we have found that drivers can be recruited providing you pay the right rate,” he said.

“We have also developed training programmes that allow potential recruits to come in with no qualifications and get trained up and begin a career with progression opportunities.”

Further operational improvements are expected to be rolled out in the next 18 months, which Mr Mulligan believed would drive further growth opportunities.

Chairman Ronald Series added: “A fundamental element of our turnaround strategy is devolving accountability to our local depots and service centres and this has now been implemented across DX.”

Alongside this, it has restructured its sales teams, introduced new pricing policies and focused not only on operational efficiencies but service levels across its division.

“Trading in the second half improved over the [same period a year earlier], and we remain confident of achieving our targets for the full year.”