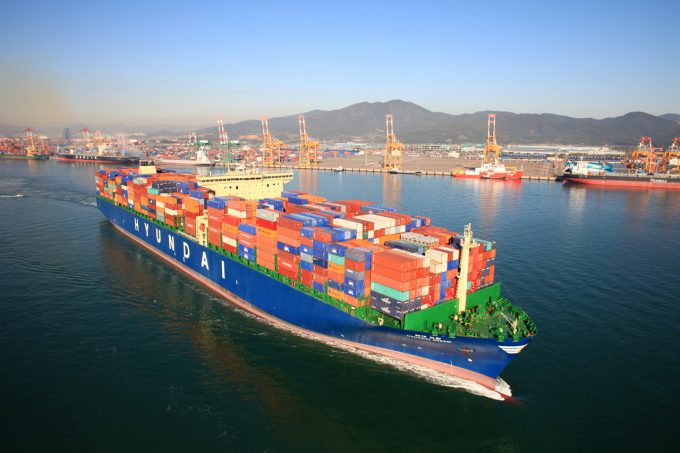 Ocean carriers have announced more blank sailings from Asia to Europe and the US, as they struggle to match capacity with falling demand.

THE Alliance (THEA) partners Hapag-Lloyd, ONE, Yang Ming and HMM will cancel two additional headhaul voyages of the FE5 loop in weeks 21 and 23 at the end of May and suspend the FE4 string for two months from the end of April – from weeks 18 to 26.

The final FE4 voyage before the suspension is next week, with the sailing from Qingdao of the 24,000 teu HMM Algeciras, the first voyage of HMM’s flagship ULCV within THEA, and it could see the world’s largest containership idled after it completes the round trip.

The South Korean carrier joined THEA as a full member on 1 April. It is due to receive 12 24,000 new ULCVs by September, all stemmed to be phased into the FE4 loop, to replace 11 Hapag-Lloyd 15,000 teu vessels.

Now they will potentially have no employment after they leave the shipyard.

The suspension of the FE4 loop is also bad news for the UK’s London Gateway port as Hapag-Lloyd said its “cargo flows can be routed via our FE3 and FE5”, neither of which calls there.

According to data from maritime and supply chain intelligence firm eeSea, the ocean alliances have already cancelled 20% of their Asia-North Europe sailings between February and June and, with reports of a collapse in forward bookings as orders are delayed or cancelled, carriers will be obliged to void many more in the coming weeks.

Meanwhile, Ocean Alliance partners CMA CGM, Cosco (OOCL) and Evergreen yesterday announced 13 more blank sailings during April and May on the transpacific, “in response to the expected low demand in the market”, which brings the grouping into line with the 2M and THEA groupings’ blanked capacity on the route.

Customers have told The Loadstar it had become increasingly difficult to keep up with carrier scheduling changes.

“They come in drips and drabs; some carriers are good at communicating the changes, others are awful, and the local offices are often left out of the loop,” said one UK forwarder.

There is also often confusion over whether a service has been blanked or suspended, and sometimes different information comes from alliance partners as to when a loop will be reactivated.

eeSea founder Simon Sundboell told The Loadstar this morning shippers needed to understand the impact on their business of the blank sailings “per trade, per alliance and carrier, even down to per week”.

“We also need to distinguish between the specific decisions the carriers are making. For example, has a service been blanked, suspended or ceased?” said Mr Sundboell. “This makes a big difference to longer-term capacity trends and whether or not the curve of deployed capacity is sloping downwards, by how much and on what trades.

“What’s more, there are no uniform patterns in cancellations between the alliances, so we must look at how these patterns differ,” he added.

Shippers – particularly those in e-commerce – have been advised to begin planning for potential ...