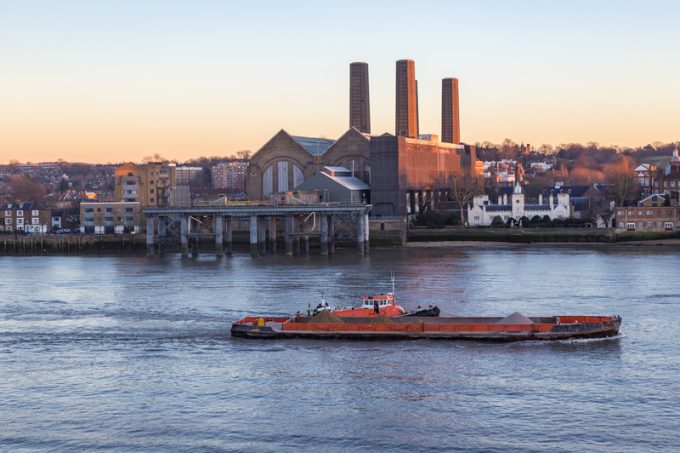 DHL Express is targeting a roll-out of delivery barges on the Thames this year, as part of its “go green” strategy.

Chief executive John Pearson confirmed to The Loadstar the company’s UK division was working on a scheme similar to that in Amsterdam.

“Over the past three or four months, Paul [Hampson, UK operations director] and the team have been exploring moving stuff up and down the Thames,” said Mr Pearson. “From there the packages would be put onto bikes to get to their final destination in the wider city.”

A spokesperson for DHL Express UK told The Loadstar the operator was running a pilot programme with barges and was also hoping to utilise its ‘cubicycle’ – a cargo quadricycle with a container capable of holding 125kg. Several were already operating, she added.

“Providing the pilot goes successfully, we are targeting roll-out of the barge system at some point in 2019,” she continued.

“We would be using it to move documents and small packages along the main body of the Thames but at the moment are not considering using the canals.”

Use of the Thames as a working river once more has been gaining traction. Freight and fleet project manager at Transport for London (TfL) Peter Binham said: “More than 7m tonnes of cargo are being moved by barge in the development of the Tideway sewerage system.

“This presents the perfect opportunity to demonstrate the Thames’s capacity for use as a freight route.”

Freight takes up almost one-third of all morning rush hour road traffic in the capital – vans responsible for carrying some 80%.

“But the UK has more than 4,000 miles of inland waterways, and London mayor Sadiq Khan wants to see a move towards their use in the city.”

City government efforts are reaping some rewards, with TfL noting that a number of barge trials had been undertaken to increase load-bearing from 800 tonnes to 1,500 tonnes.

“One problem TfL has in influencing change is that we do not own any vehicles or wharfs, but we can influence construction and planning,” said Mr Binham. “We also influence procurement for the projects we are involved in building, which brings buying power and the opportunity to preference one mode of transport over another.”

Should its plan go ahead, DHL Express would be the first logistics operator to use the London waterway.