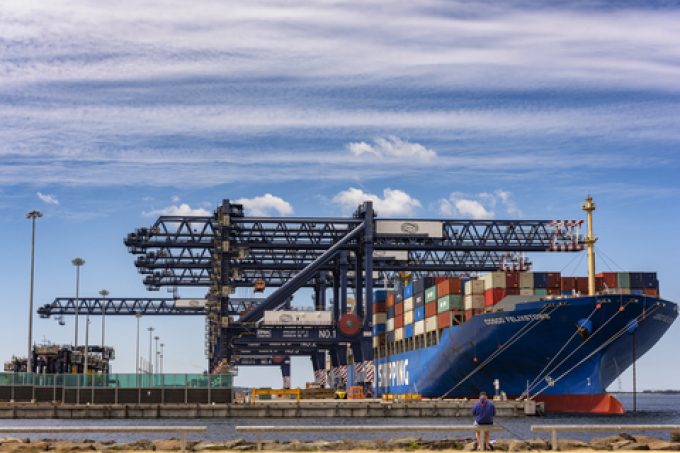 While industrial action is currently on hold pending negotiations between the country’s three major stevedores and the Maritime Union of Australia (MUA), the bottleneck created last month could take months to clear.

Neil Chambers, director of the Container Transport Alliance Australia (CTAA), said: “Empty container parks are still unable to accept de-hires for certain types of shipping line container equipment, due to capacity constraints, and not enough empty containers are being repatriated through port Botany to make a lasting difference to the imbalance of import discharges versus export loadings.”

As a result, Mr Chambers said, transport operators were incurring additional costs of around A$130 (US$93) per container from additional transport, staging and handling costs through yards and extra administration and labour costs.

However, contrary to the CTAA’s assessment, a Maersk advisory last week claimed the congestion was “improving” and the carrier was “now able to manage container returns to designated container parks”.

According to Marika Calfas, CEO of NSW Ports, the congestion was caused in part by the upcoming closure of Sydney’s largest empty-container park – accounting for 24% of total storage capacity – to make way for the construction of Sydney Gateway, a major airport road project.

In an update on Saturday, she said: “Empty-container parks in Sydney are essentially full, as ships were not evacuating, or not able to evacuate, the full complement of empty containers due to servicing delays.”

And Ms Calfas added that while there were productivity improvements following the suspension of industrial action, shipping schedules remained “off-window” and it may take a “couple of months” for schedule integrity to be restored.

“DP World and Hutchison are permitting shipping lines to exceed proforma window exchanges, by agreement, to assist with the evacuation of empty containers. The trade-off being a one- or two-day delay to berth at the terminal at the present time,” she said, adding that clearing the backlog of containers could take 10-14 days at DP World’s terminal, and that Patrick Terminals was experiencing up to 21 days delay in scheduled vessel arrivals.

“There are containers that have been delivered, or are en-route to port of Melbourne, and will need to be transhipped to port Botany. We understand that process could add up to three or four weeks,” Ms Calfas said.