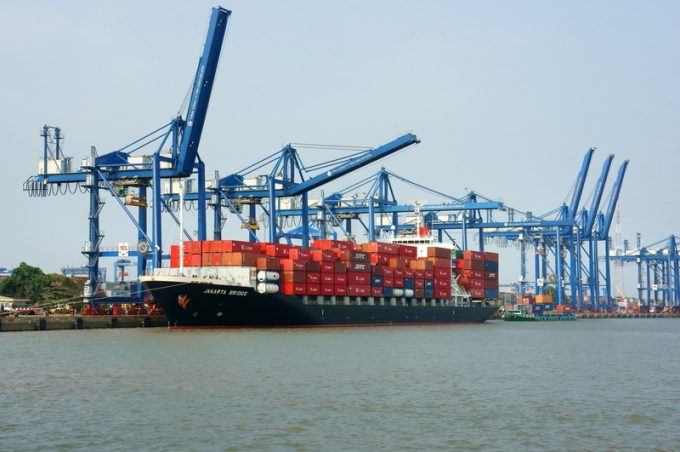 Port congestion in South Vietnam is deteriorating, amid the country’s latest Covid battle.

The lockdown in Ho Chi Minh City (HCMC) was extended for two weeks on Sunday, alongside the 19 other cities and provinces making up the entire southern region.

“[This] has created a negative impact on Tan Cang Cat Lai terminal’s operations and there is high risk of backlogs due to slow pick-up or release of import containers,” SNP explained.

The terminal operator called on carriers and shippers to “expedite” the pick-up of import containers to reduce yard congestion and help Cat Lai’s “normal receiving and handling capability of upcoming ship calls.”

It also warned of reduced transport capability between Cat Lai and Cai Mep, the deepsea port complex in nearby Vung Tau.

Indeed, according to Seko Logistics, drivers travelling between provinces need to show negative Covid test results within three-to-seven days, while Maersk reportedly said the cut-off time for cargo at Cai Mep had been cut to 72 hours, which is reducing available truck capacity.

The manufacturing situation in HCMC, Binh Duong and Long An province is becoming serious, Seko added, with around 1,800 Covid cases in factories and industrial zones.

“This is particularly severe in labour-intensive productions, such as footwear and garments,” the forwarder said. “Factories are only allowed to open when they have a labour force planning to stay and work in the factory.”

He added that the latest social distancing directive had caused a “scarcity of human resources in some cases,” since warehouses must keep staff onsite or provide dedicated accommodation close by.

Jan Segers, Vietnam country manager at Noatum Logistics, confirmed warehouses were “booming”, but believed this, and the port congestion, was due to shippers waiting for lower freight rates, rather than because of the Covid outbreak.

“There is no port congestion in Vietnam due to Covid restrictions,” he told The Loadstar, noting all port staff were either already vaccinated or closely controlled in terms of movement and testing.

“There’s also a lack of space and equipment. Shippers are waiting for lower rates, but I do not believe this will continue in the coming months,” said Mr Segers.