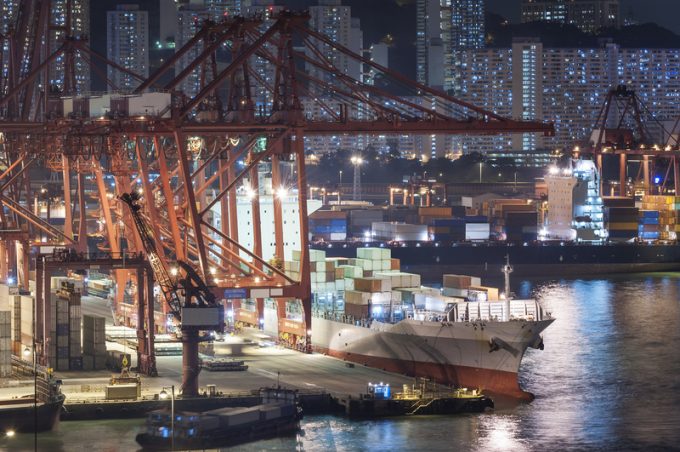 The Chinese government’s decision to extend the new year holiday to 9 and 10 February, as it battles to contain the coronavirus outbreak, could lead to a 0.7% decline in global port throughput, according to new analysis from Alphaliner.

And the consultant says the reduction of China’s factory output as a result of the extended holiday is likely to lead to Chinese ports losing some 6m teu in volumes in the first quarter.

“The full impact of the Chinese coronavirus outbreak on container volumes will not be fully measurable until ports announce their throughput numbers for the first quarter, but data collected on weekly container vessel calls at key Chinese ports already shows a reduction of over 20% since 20 January,” it said.

It added that volumes were unlikely to rebound immediately after the end of the holiday, due to a raft of void sailings announced by carriers – largely in response to the expected slack season, but also as the coronavirus infection rate has worsened.

“Since these extended void sailing programmes on longhaul services are slated to continue until mid-March, any cargo volume recovery could be negatively affected even after the end of the holidays,” Alphaliner noted.

“China-US freight rates have yet to show the impact of the crisis, likely because carriers had announced record blank sailings through early March even before the outbreak and because rates are already quite depressed, down 26% compared to last year,” said Freightos chief marketing officer Eytan Buchman.

Today’s transpacific FBX from China to the US west coast was recorded at $1,509 per feu, down just 1% on last week.

However, rates from China to Europe fell significantly on last week.

“Low demand on Asia-Europe lanes due to closed factories and disrupted labour in trucking, warehouses and ports, caused a sharp rate drop of 14% since last week, with some carriers announcing additional blank sailings on Friday in response. This reaction could be a sign of things to come for US lanes in the short term.

“But as manufacturing and shipping would, in any case, be minimal over the holiday season, the impact of the crisis so far is difficult to measure. Once the factories come back online, it is likely that rates will increase in response to backlogged demand.

“But the impact on rates will depend on how long the closure lasts, how quickly factories can make up the lost production and how widespread disruptions in trucking and warehouse labour will be,” Mr Buchman added.