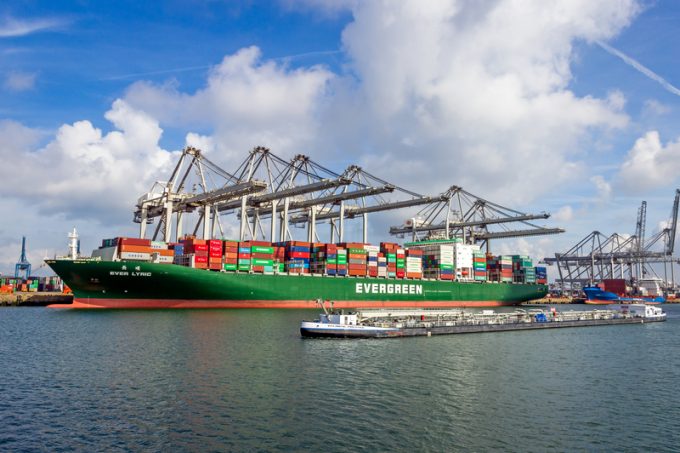 This week the Ship It Zero campaign berated retail giant Walmart for its failure to join in with emissions abatement measures that would ultimately reduce the company’s climate footprint.

Ship It Zero is a campaign launched by US west coast environmental organisations Stand.earth and Pacific Environment. The Loadstar caught up with Pacific Environment’s campaign director, Madeline Rose, who is attending COP27 in Egypt, to ask why the group had targeted Walmart specifically.

“It has a unique responsibility,” said Ms Rose. “Walmart is the largest retailer in the world, has a robust sustainability agenda, but hasn’t committed to cutting emissions from its supply chains.”

Ship It Zero has targeted four major importers to the US, IKEA, Amazon, Target and Walmart, a quartet of retailers that accounted for 20m tonnes of CO2e, (carbon dioxide equivalent greenhouse gases) between 2018 and 2020. Three of them have committed to decarbonising their supply chains by 2040.

The hope is that the transition to carbon neutral supply chains will apply pressure on service providers, in this case shipping and air cargo carriers, to shift to clean energy.

“It will create a zero-emission demand and break the ‘chicken and egg’ scenario,” said Ms Rose, pointing to the fact that since July 2021, when Ship It Zero was launched, Maersk has ordered 19 methanol-powered ships and Cosco and CMA CGM eight each.

“Retailers have major power in shaping the course the shipping industry will take,” said Ms Rose, adding that this strategy had worked in the energy sector, where zero emission alternatives now exist.

Walmart, however, has  not responded to The Loadstar’s requests for comment.

Interestingly, Ms Rose pointed out that the cost of green shipping, according to a Transport & Environment analysis, would add seven cents to the cost of a pair of ubiquitous $100 Nike trainers.

Paying more, however, may not be that simple a solution. Our economic system is geared towards selling more goods at competitive prices, competition effectively means finding the lowest prices. That effectively means if we are to pay the true price of our environmental ambitions, we need governments to intervene – and in a globalised world facing a global issue, that requires a globalised response.

So far leadership has been piecemeal, making it easy for fossil fuel companies and their lobbyists to achieve their aims, with many sending representatives to Sharm el-Sheik to discuss, behind closed doors, how they can ‘help’ in the transition. Help in this case is to rebrand LNG as a transitional energy source, rather than the fossil fuel it actually is.

UK newspaper The Guardian reports: “The opportunity for this COP is to have the discussion openly that natural gas, and in particular when combined with carbon capture, is a scalable energy solution allowing us to meet the needs of 8 billion people while still meeting our climate goals,” said Craig Golinowsky, of Carbon Infrastructure Partners, a Canadian private equity fund backing projects related to fossil fuels as well as carbon capture.

While the BBC reported that BP CEO Bernard Looney and four other BP executives were registered as delegates from Mauritania, apparently to sign a green hydrogen production deal. But crucially, it also give them access to the meeting’s blue zone, where they could mingle with government officials.

Alice Harrison, of Global Witness, told the BBC: “What we know is that such accreditation grants Looney and co privileged access to the world’s most important climate talks, that are already awash with fossil fuel influence.”

According to Global Witness, 30 countries have fossil fuel lobbyists registered among their delegations, with lobbyists increasing in number by 25%, to 600, in the year since the Glasgow conference.

The Global Maritime Forum, an industry initiative bringing a significant number of large shipping and maritime-related companies together, said this week: “At COP27, maritime industry leaders launched a joint statement highlighting the urgent need for coordination at all levels to not only reduce emissions, but also to make the maritime industry more resilient and equitable.”

These statements are many and well meaning, but the transport sector and industry worldwide needs more. The time has come to act, and that requires a plan.

Such a plan has been drawn up by the Organization for Economic Cooperation and Development (OECD), which has created the International Programme for Action on Climate (IPAC).

Established in May 2021, IPAC aims “to assess and support progress towards net-zero GHG emissions and a more resilient economy by mid-century. To support these global objectives, IPAC provides governments with information and tools to monitor, evaluate and support the effectiveness of climate measures”.

OECD outlines four potential barriers to meeting climate targets, with “effective and efficient implementation” of climate policies top of the list. In addition, critical materials, new skills and technologies and policies that will promote these developments with proper financing are all considered potential barriers.

In support of governments looking to ramp up their climate action, the OECD has laid out five pillars on which climate action should be built:

Global crises require global responses, rather than piecemeal action. While efforts such as the green initiatives from pressure groups like Pacific Environment or industry initiative like the Global Maritime Forum are useful, unless governments take a lead, we will continue down António Guterres’ “highway to climate hell”.